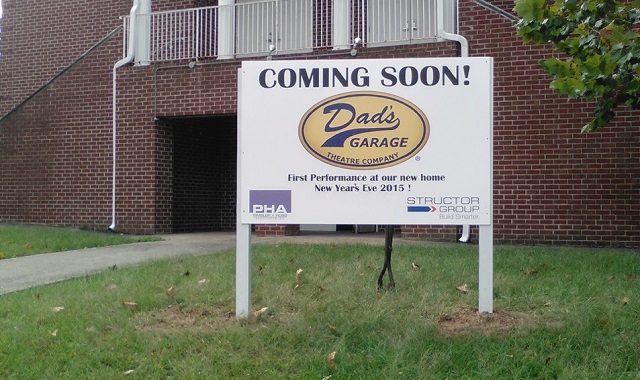 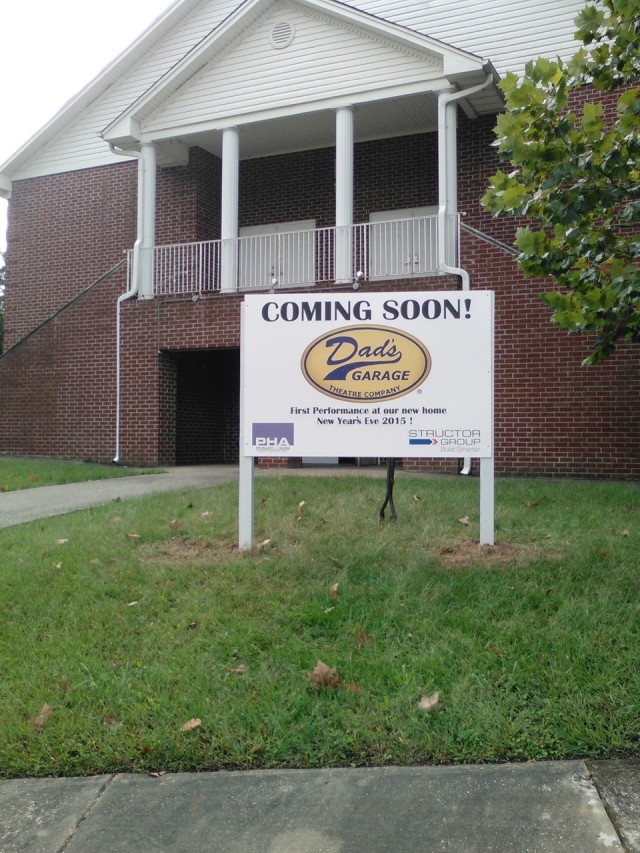 Dad’s Garage opens in its new home on Dec. 31 in the Old Fourth Ward with a “New Home Edition” improv show and party. And fireworks. (Courtesy Dad’s Garage)

What better way to bring in the New Year than with a new home?

Dad’s Garage Theatre, which has been temporarily located at 7 Stages after being ousted from its home in Inman Park to make room for apartments and stores, will soon be opening in a church at 569 Ezzard St. in the Old Fourth Ward.

The irreverent theater group known for such shows as this month’s “Merry Fu&*%$ Christmas” and “King of Pops: A Post-Apocalyptical Musical,” is now housed in a holy place. But don’t expect any confessions or conversions.

“Audiences flock to our original productions because they are outrageously funny, but they also have a deeper message to them,” said Matthew Terrell, communications director for Dad’s Garage. “Whether we are discussing racial stereotypes, Christmas consumerism, or simply sex, we always try to use comedy to make our audience examine the world around them. As we like to say, we put the ‘art’ back in ‘fart’ at Dad’s Garage.”

Dad’s Garage was founded in 1995 by Florida State University alums — in an auto shop in Inman Park — and what was once a small volunteer-led organization is now a mid-size theater led by a professional artistic and administrative staff, said Artistic Director Kevin Gillese. 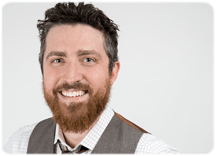 Despite losing its original home in 2013 to make way for new development, Dad’s Garage was still able to entertain 30,000 people in 2014 and 2015 and it’s temporary home at 7 Stages in Little Five Points as well as public events and festivals across the globe, he said.

The search for a new home was not easy, Gillese added. Dozens of property all over Atlanta were looked at until the church on Ezzard Street was found. It had what the theater organization wanted — enough space for a stage, seating, lobby and bar. And never underestimate the value of a parking lot.

“This space gives us the opportunity to be part of the transformation of a new neighborhood just like we did in Inman Park. We were homeless for 2.5 years but now we have our forever home,” Gillese said. “This theater will be a fixture in the Atlanta arts scene for decades to come … or until we accidentally blow it up with fireworks on New Year’s Eve.”

New Year’s Eve is when the new home will be open to guests for the theater’s “New Home Edition.” There will be plenty of improvisation by the theater’s ensemble cast. And, of course, champagne for those attending the 10 p.m. show. The New Year’s Eve show is always one of the theater’s most popular shows, Gillese said, and this year there will be two shows, one at 7 p.m. and the other at 10 p.m. Also, fireworks.

“This year will be extra special because we will be showing off our new home. For those who want to ring it in with us schmucks, tickets always sell out fast,” Gillese warns.

So, what to expect in the new space when the doors open in January? For 2016, fans Dad’s Garage will be treated to:

– A (legal!) bar that serves all the best naughty water including beer on tap, wine, and spirits.

– Offices for the professional staff behind the scenes who make the magic happen.

“Having our own space will mean expanded production and show schedule, as well as the opportunity to try out new formats,”Gillese said. “This will be our chance to grow, gain new audiences and show the world all the weirdness of Dad’s Garage.”