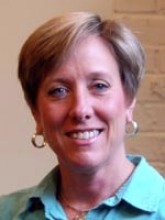 Nancy Friauf is the new CEO of the Partnership Against Domestic Violence. Photo from PADV

A Decatur-based nonprofit organization has a new leader.

The Partnership Against Domestic Violence (PADV) said it has appointed Nancy Friauf as its new president and CEO.

Friauf has been involved in Atlanta’s nonprofit community for many years, according to a press release.

She served as executive director at both Genesis Shelter and Gwinnett Children’s Shelter. She was also the Director for Crisis Intervention at the YWCA of Cobb County.

But Friauf actually began her career helping battered women at PADV more than 35 years ago when it was known as the Council on Battered Women.

“It is an honor to return to the organization that sparked my passion for nonprofit work, specifically on behalf of domestic violence victims and survivors,” Friauf said in the press release. “Providing professional, compassionate and empowering support to survivors is something to which I am deeply dedicated. I very much look forward to continuing PADV’s important work in Georgia.”

It has two 24-hour emergency safe houses in Fulton and Gwinnett Counties, according to its website.