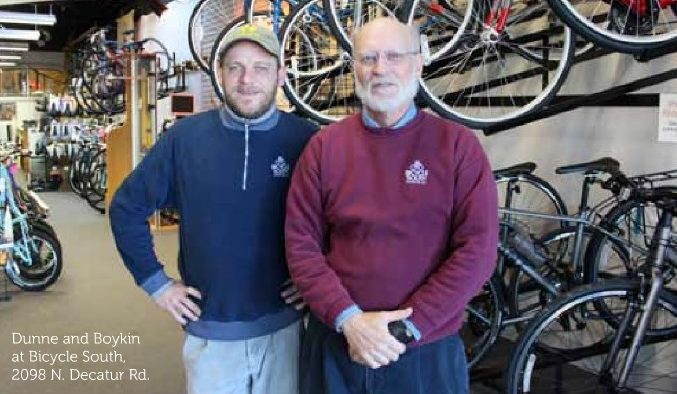 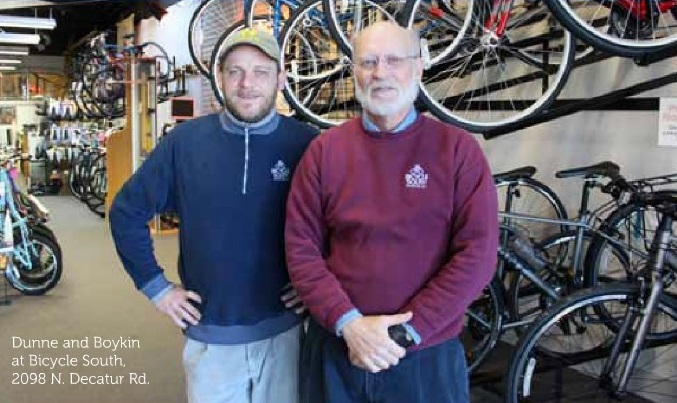 Boykin told Decaturish he is selling out his share of the business to Brian Dunne, his manager and business partner. Dunne has worked at the shop for more than 20 years. Boykin said he will officially retire at the end of December.

“It’s something we’ve been planning,” Boykin said. “I turn 65 in January. My daughter is graduating from high school. It was just a really good time to be doing it. After 20 years, (Dune has) been waiting for me to get the hell out of Dodge.”

The bicycle shop, located on North Decatur Road, is located outside the city limits but an active participant in the Decatur business community. According to a recent issue of the Decatur Focus, a city-produced magazine, Bicycle South is a longtime member of the Decatur Business Association.

Boykin said that he won’t disappear from Bicycle South completely.

“I’m not going anywhere,” he said. “I’m no longer going to be working day to day. I’ll be around helping with back office stuff, insurance or accounting, code issues, payroll all that kind of stuff.”

Boykin was elected to the City Commission in 2001.