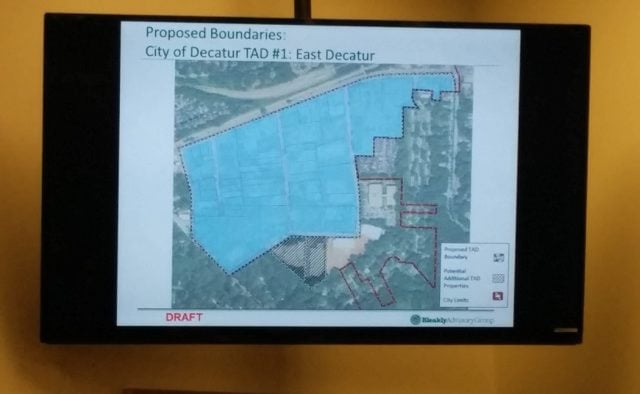 The City of Decatur is exploring the creation of a special tax district to pay for more than $30 million worth of improvements to East Decatur Station.

Tax Allocation Districts work by setting a base tax value of property. Once that happens, any additional tax revenue over the base value is earmarked for improvements in the TAD district.

Communities can pay for improvements as the money comes in or, as is more likely in Decatur’s case, use the TAD to pay off money borrowed to improve the property. The proposed improvements are a storm water detention pond, which would also double as a public green space, and better connectivity among streets at the property.

Decatur voters approved a referendum in 2010 that allows the city to pay for improvements using this method. But the city, like other municipalities, was knee-deep in a recession and development wasn’t on the horizon.

Now the city looks poised to create its first ever TAD as interest around East Decatur Station picks up. The adjacent Avondale MARTA station is being redeveloped as a Transit Oriented Development. The School Board also has about six acres along nearby Talley Street under contract as a potential site for a new school.

The commission held the first of two public hearings on the proposed district at its Dec. 7 meeting. During the meeting, one resident questioned the intent of the proposal, noting that about 70 percent of the property belongs to East Decatur Station. Hans Utz, a former deputy Chief Operating Officer for the city of Atlanta who writes a government finance column for Decaturish, asked some questions about the proposal.

“Is this area already seeing redevelopment activity because if it is, why would you need a TAD,” Utz said during public comments. He also said if the TAD is being done solely for the benefit of East Decatur Station, “We should be up front about that.”

Pat Murphy, one of the owners of East Decatur Station, said it’s a fair question. But he said the improvements will ultimately be public amenities.

“The answer is the infrastructure belongs to the public,” Murphy said. “It doesn’t belong to private developers.”

Deputy City Manager Hugh Saxon said every property owner would benefit and the city as a whole would benefit from the growth of its tax base due to redevelopment.

“Anybody that has property in that district would benefit,” Saxon said.

Geoff Koski, a consultant with Bleakly Advisory Group, gave a presentation on the idea during the Dec. 7 City Commission meeting. According to Koski, the TAD would consist of 152 parcels representing about 48.6 acres. He said that TAD’s have been used in cities throughout the metro region, including Atlanta, Duluth and Smyrna.

One city that wasn’t on his list is Avondale Estates, which created a TAD in 2007. It has raised $29,000, but the money hasn’t been spent yet, City Manager Clai Brown said. He said the funds are intended to pay for infrastructure improvements in the city’s downtown area.

Here are the slides from Koski’s presentation: 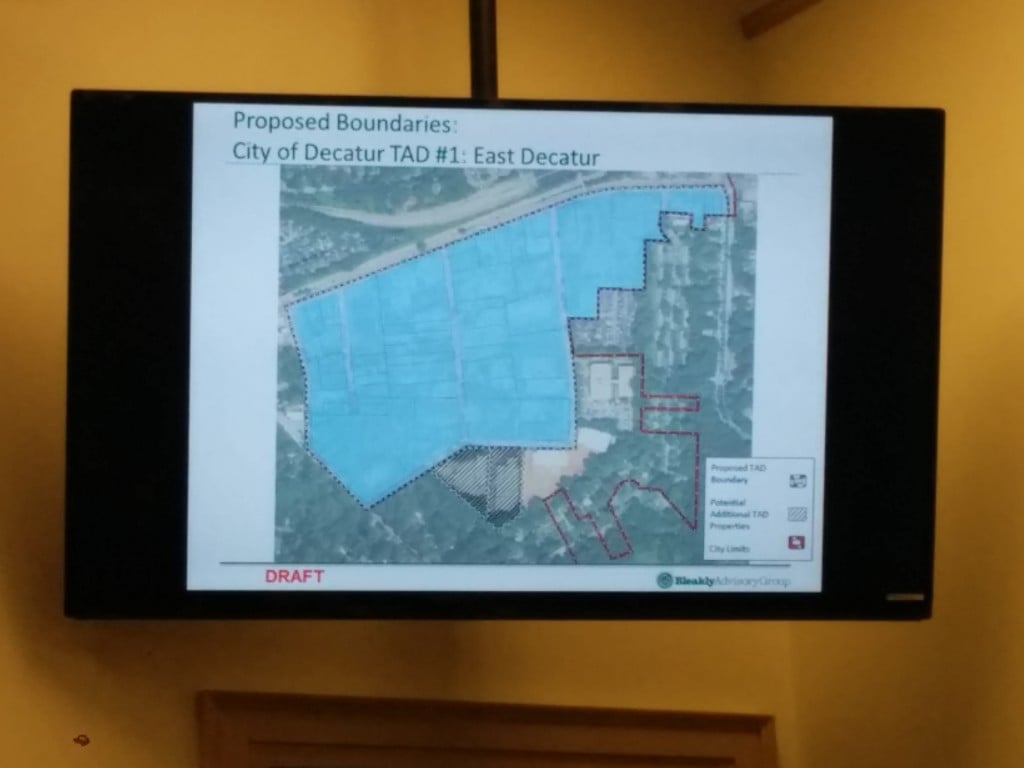 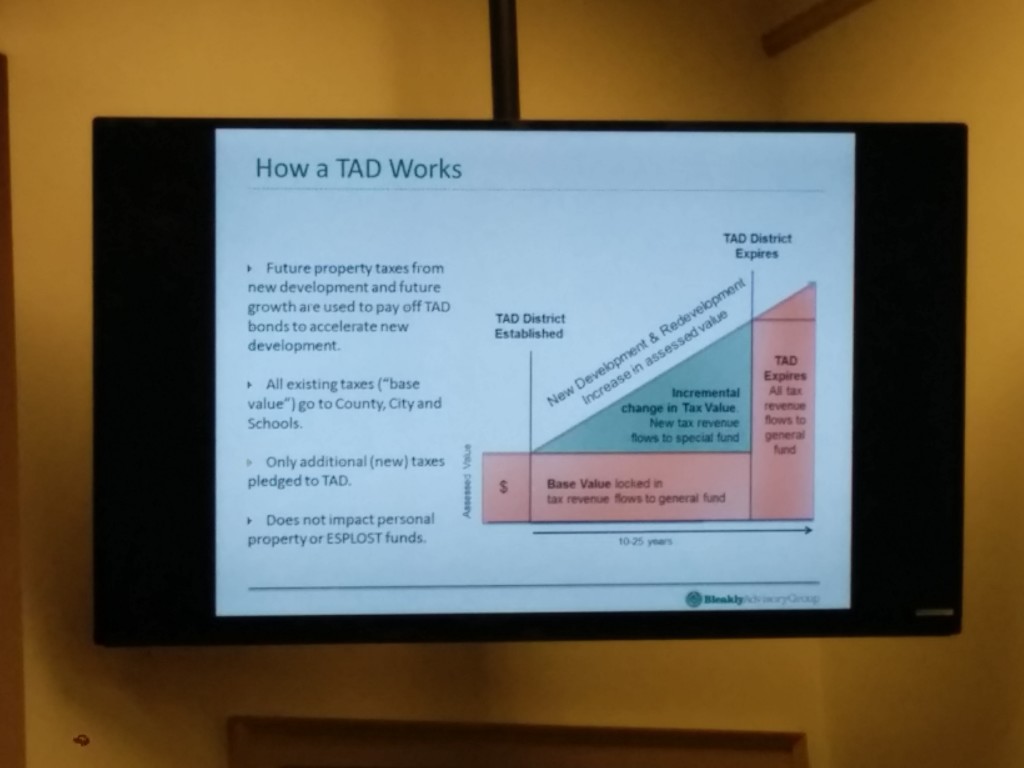 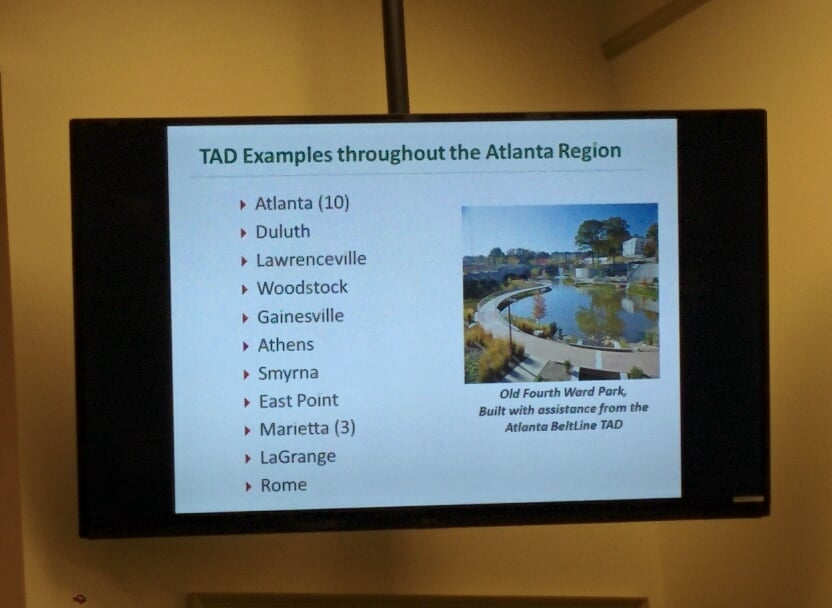 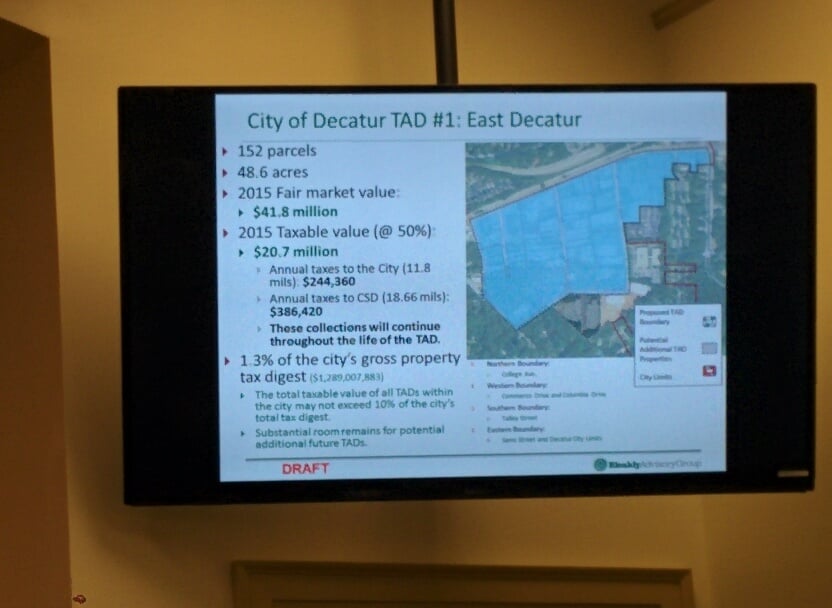 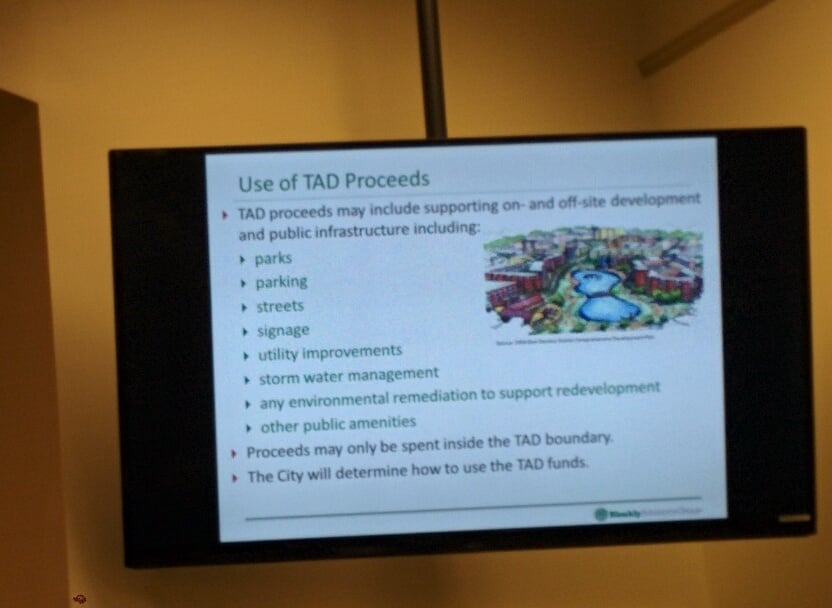 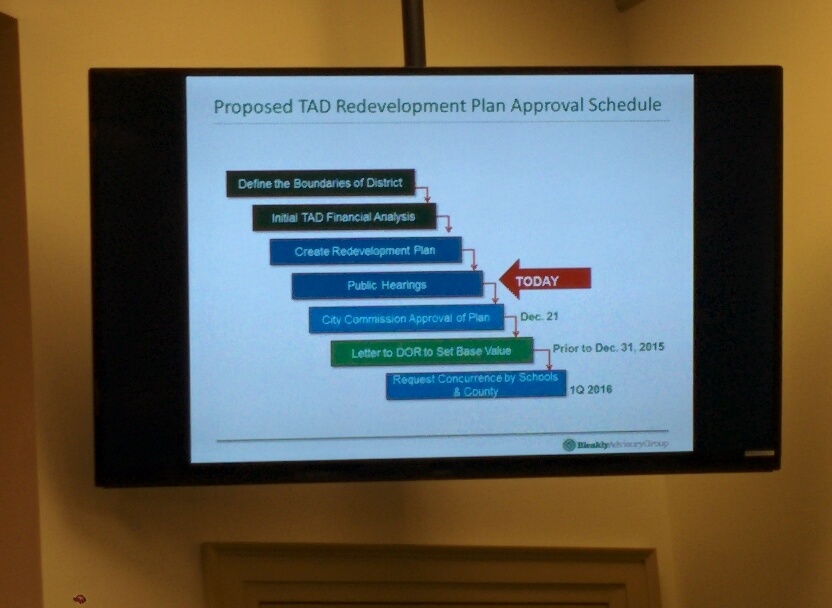