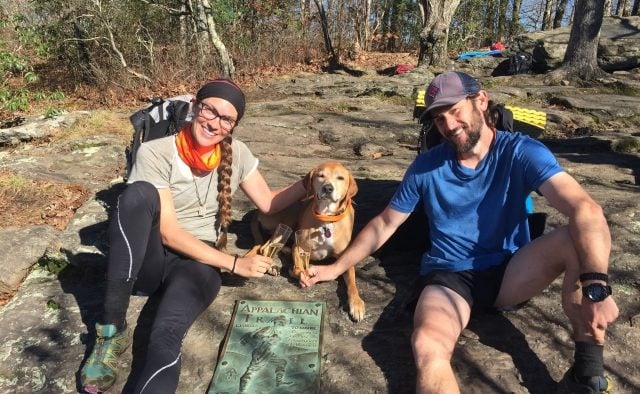 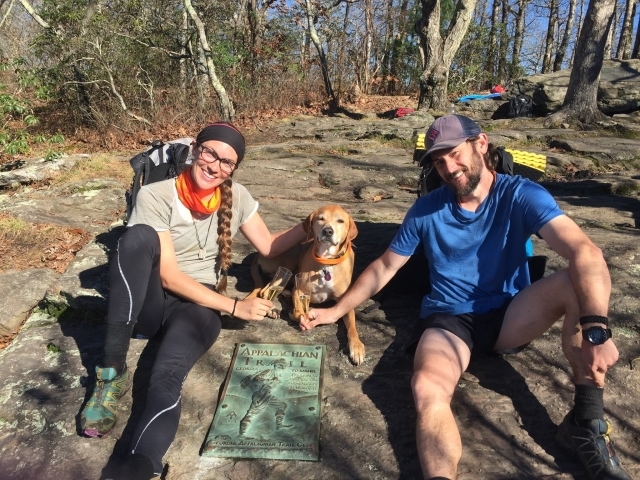 Decatur teacher Natalie Brett has returned home after spending five and a half months hiking the Appalachian Trail.

Brett, her husband Keith, and their dog Corinne left in June, driving up to Maine, where their hike began.

After 2,200 miles, 159 days, and multiple pairs of shoes, the trio returned home Nov. 19, just in time for Thanksgiving.

“It was amazing being back for Thanksgiving,” Brett said. “We obviously had a lot to be thankful for. Just being in one piece really. But spending time with friends and family and just being back home in Atlanta was what we’ve been motivated by for the past five and half months.”

Brett talked to Decaturish before setting out on the hike and said it was something that was on her and her husband’s bucket list.

She said having done the entire hike felt like a huge accomplishment.

“It was epic,” Brett said. “That’s the one word I’ve been using to describe it. It was definitely epic!”

Brett said they survived without any major injuries, but were sore every day. They tried to average about 20 miles a day, though there was one day they hiked 26.1 miles (a marathon is 26.2 miles).  Brett went through three pairs of shoes, while her husband went through four. They kept track of their ibuprofen, taking 670 anti-inflammatory pills on the trip.

Brett said they even had to rework their diets because they were losing weight, burning about 5,000 to 6,000 calories a day. 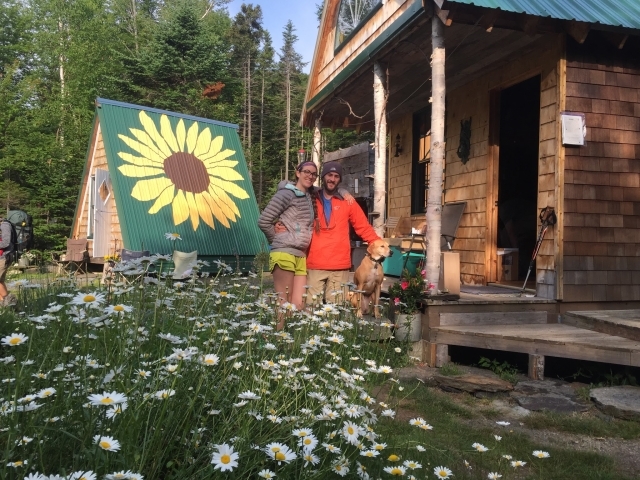 Brett said Maine was the most physically demanding part of the climb, but the hardest part of the whole trip was not being able to shower and having to wear the same sweaty clothes over again. “I used to hate doing laundry,” she said. “Now it’s my favorite chore.”

Corinne, the dog, did most of the hike as well, except for the areas were dogs were not allowed. Brett said they would arrange for someone to care for Corinne during those parts of the hike and meet them later with her.

“The dog did the majority of the miles with us too. We were really impressed,” Brett said.

Corinne even saved them from an encounter with a bear. Brett said a bear smelled dinner and was fearlessly walking toward their tent. When Corinne came out, “it turned around and went other way,” Brett said.

But a bear may not have been Corinne’s biggest nemesis. The curious dog had to learn the hard way not to mess with porcupines.

“She got quilled,” Brett said, but Keith was able to pull the quills out quickly.

Brett quit her job as a science teacher at St. Thomas More Catholic School in Decatur in order to do the hike. Her husband also quit his job. She said he’s received job offers since their return, and they also had plenty of trail time to discuss some entrepreneurial ideas.

Brett said she may also substitute teach. She said she was thrilled to hear from her students, some of whom closely read her blog which she updated along the way when she had internet.

Brett said she already misses the trail, but was thrilled to see her and her husband’s family, who met the trio at the Southern Terminus on Springer Mountain in Georgia.

“They parked their cars and then they all hiked a mile up to the summit and had a little picnic set up,” Brett said. “They had a ‘welcome home’ banner, they had champagne and glasses for us, and they sat there all morning, waiting for us to summit. When we came around the corner, we could hear them … my dad was playing music. He had brought a Bluetooth speaker and he was playing ‘Rocky’ and ‘We are the Champion.'”

“It felt great accomplishing such a big task and achieving our goal and to have familiar faces there to celebrate it with us was more than we could ever ask for. It’s tough to describe the feeling,” Brett said.

She added, “I know that the odds were against us, in regards to successfully and safely completing a thru-hike, and it was like an angel bubble surrounded us and protected us throughout our journey. We are so very thankful to have such an amazing network of folks that prayed for us and cared for us along the way.” 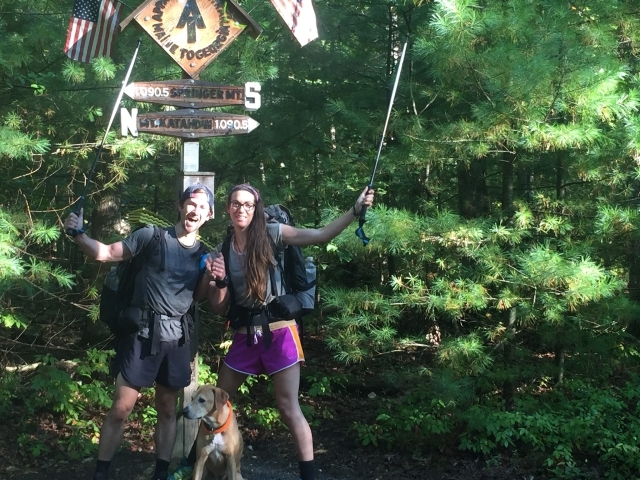 Keith, Natalie, and dog Corinne at the official halfway point of the Appalachian Trail in Pennsylvania. Photo provided by Natalie Brett. 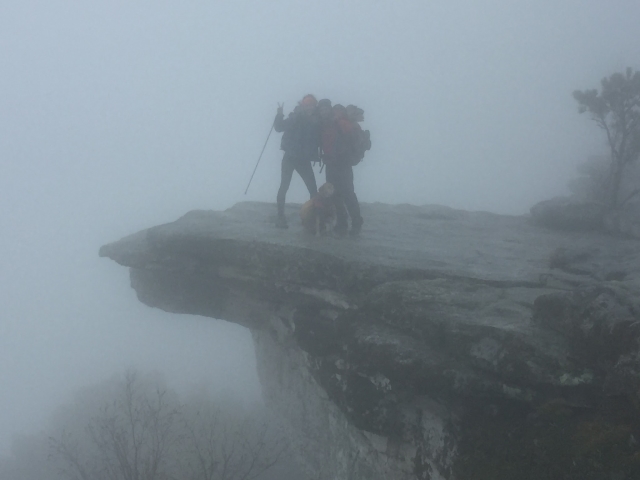 Brett said this photo is of them in a cloud at McAfee Knob in Virginia. Photo provided by Natalie Brett.