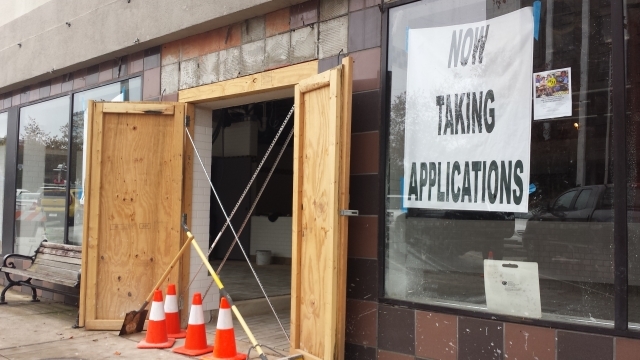 The exterior of the Decatur Waffle House when it was under construction. File photo by Dena Mellick
Share 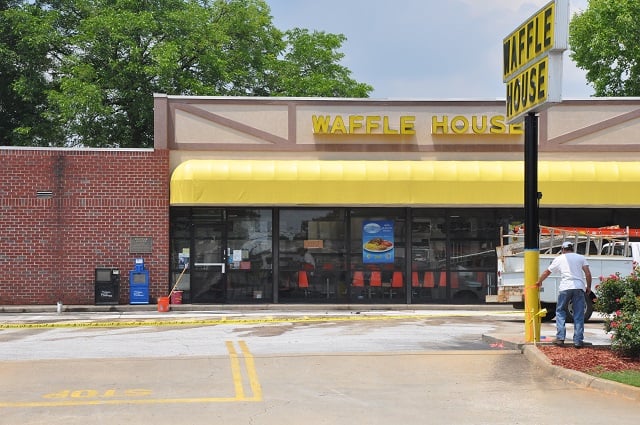 The restaurant will be located beneath Eddie’s Attic in downtown Decatur. There will be no official ceremony marking the event.

“Typically Waffle House does not do big grand openings however we are very excited to come to downtown Decatur,” spokesperson Kelly Thrasher said.

Judging by the response from the community, the feeling is mutual.

“Since the location was an existing building the layout may be slightly different than a traditional Waffle House but it will still have the same feel,” Thrasher said in November.