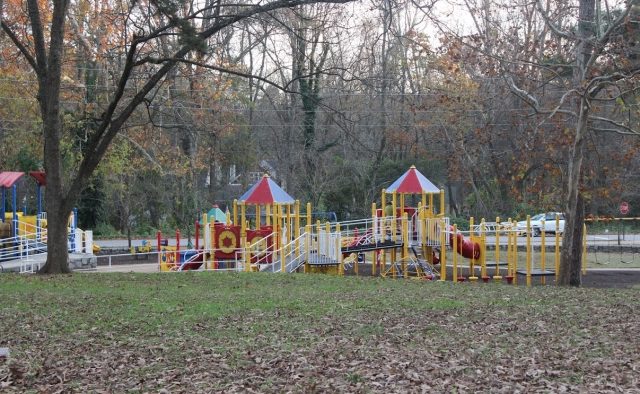 The playground at Coan Park in Kirkwood. Community members want to build a splash park nearby. Photo courtesy of Coan SPLASH!
Share 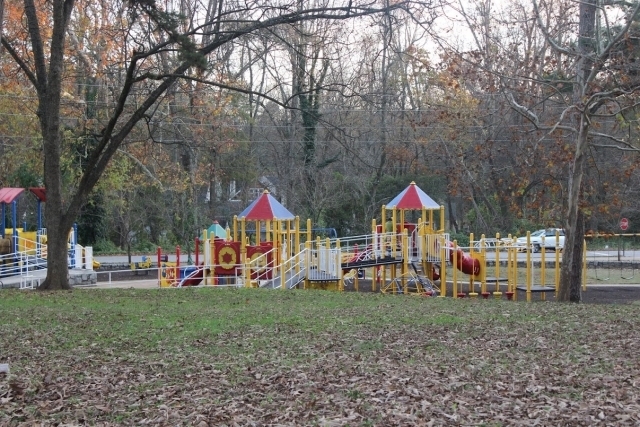 The playground at Coan Park in Kirkwood. Community members want to build a splash pad nearby. Photo courtesy of Coan SPLASH!

Businesses in downtown Kirkwood are getting into the holiday spirit with a community fundraising effort this Saturday.

Nearly 20 Kirkwood companies are participating in Holiday SPLASH! from 2 p.m. until 5 p.m.

The money raised will go toward Coan SPLASH, a non-profit organization working to create a splash pad water feature in nearby Coan Park.

Lori Ayling, president of the Coan SPLASH steering committee, said the project started as an idea several years ago.

“My friends and I were sitting around at the park, and it was blazing hot in August, and we said why don’t we have any water features?” Ayling said.

Ayling said Coan Park fit the bill for the location because it has a playground that meets Americans with Disabilities requirements. “We realized that Coan Park already served a special needs population and has a boundless playground, which makes it a really unique location,” she said. “What has been really important to me from the beginning is that this project is something that is inclusive for everybody in the community.”

Ayling said she received support from fellow neighbors at Kirkwood Neighbors’ Organization meetings, but it wasn’t until this year that the idea started to get off the ground. Now there are 14 people on the steering committee, and some minor fundraising has begun to reach the $600,000 estimated for the splash pad.

Ayling said she has met with the City of Atlanta’s Parks & Recreation department, and while the city is supportive of the project, she’s not sure how much, if any funding, it will be able to contribute to the project.

The Holiday SPLASH! event is a way to get the ball rolling on fundraising, according to Ayling. She said each participating business is offering something different. There will be s’mores and a craft table at Styrant Construction, while Savour Wine Boutique is holding a raffle to win a $500 wine tasting package. El Myriachi restaurant will sell Mexican hot chocolate and cookies, donating a portion of the purchases.

Urban Pie pizza restaurant will wrap up the festivities with a tree lighting at 5 p.m. and will donate a portion of its food purchases. And the young and young at heart will find Santa hanging out at The Pullman for photo ops, thanks to a Santa sponsorship by Honor Thy Auto Kirkwood Car Wash.

There will also be a holiday pet parade at 2 p.m. at Kirkwood Feed & Seed. For a list of other participating businesses, visit the Holiday SPLASH! Facebook event page.

This story has been updated to clarify that Santa will be located at The Pullman and not at the Kirkwood Car Wash.