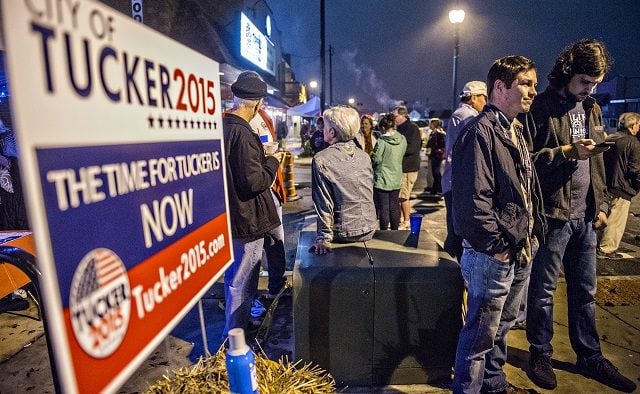 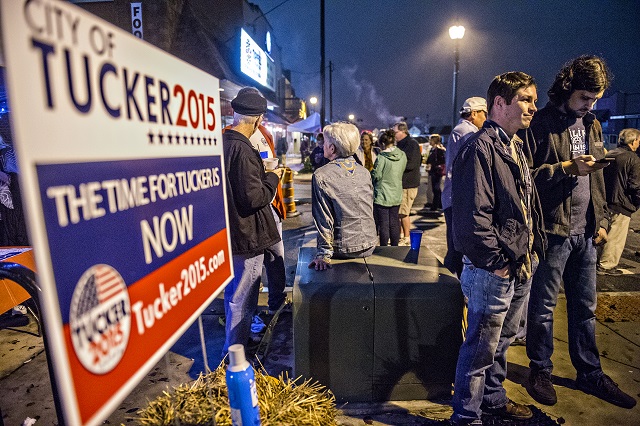 The newly-created city of Tucker will hold its first elections for city council soon.

Voters overwhelmingly approved the creation of the new city in the Nov. 3 elections.

Tucker will have a population of over 30,000 people. Its western border will run along I-285 and its southern boundary will include portions of Stone Mountain Freeway and East Ponce de Leon Avenue. Tucker will elect two council members from each of its three proposed districts, plus a mayor, in nonpartisan races.

Qualifying officially begins today, Dec. 7, according to a news release from cityhood supporters. The first election will be held on March 1, 2016.

If you’re planning to run, get your checkbook ready. Qualifying fees for this election are hefty. Running for mayor will cost $600 and city council will cost $420. Decatur recently held City Commission elections and charged $144 to qualify.

Here is the full announcement from Tucker 2015:

We hope you all had a wonderful Thanksgiving with family and friends!

Below is the information from the DeKalb County Board of Elections for being a candidate in the upcoming City of Tucker elections.

TO THE QUALIFIED VOTERS OF THE CITY OF TUCKER, WITHIN DEKALB COUNTY, GEORGIA:

YOU ARE HEREBY NOTIFIED that on the 1st day of March, 2016, a special election will be held in conjunction with the Presidential Preference Primary for the purpose of selecting a Mayor and six Council Members for the City of Tucker. There shall be three districts, designated as Council Districts 1 through 3. Each council district will consist of two Posts, 1 and 2. Each candidate for election to the city council must reside in the district he or she seeks to represent.

From the City of Tucker Charter Article II:
Section 2.02:

We encourage anyone interested in running for office to read the entire City of Tucker Charter.