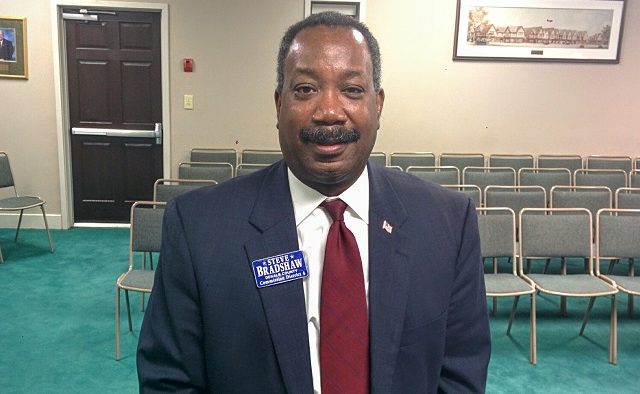 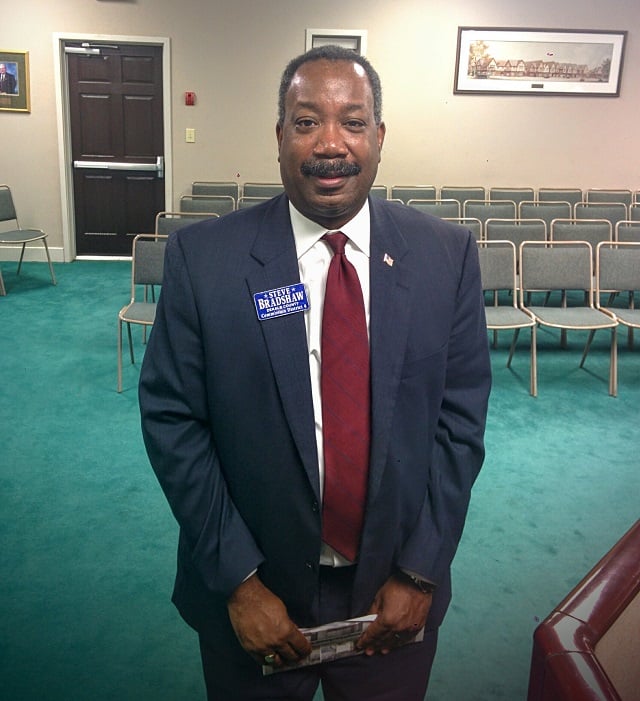 But as questions about Sutton’s ethics continue to mount and the public grows increasingly weary of DeKalb County dysfunction, Bradshaw is hoping to be the face of change. Bradshaw is challenging Sutton again.

Sutton has not made a formal announcement, but it is widely assumed she’ll be running again for a third term in the May 2016 primary. Decaturish left a message with Sutton seeking comment and will update this story if she responds.

Bradshaw, who works as a sales business development manager at Delta Global Services and also is a U.S. Army veteran, dropped by the Avondale Estates City Commission meeting on Dec. 14.

He said he thinks he will pose a tougher challenge to Sutton this time.

It’s not clear whether Sutton’s history of ethics questions will be a factor in this campaign. Even before her 2012 reelection bid, questions were raised regarding her campaign spending. Jim Walls, who runs the Atlanta Unfiltered website, wrote that despite being saddled with debt, Sutton was still able to personally spend $69,000 to win the DeKalb County Commission seat in 2008. Sutton won her 2012 reelection bid handily, pulling in 73 percent of the votes cast in that election, according to Patch.com.

As the 2016 elections approach, Sutton is facing more questions concerning her use of her county-issued purchasing card.

Not surprisingly, Bradshaw is making “Integrity and Ethics” the focus of his campaign.

“The DeKalb County story needs to change,” Bradshaw says on his campaign website. “The story will only change when the leadership changes. The legacy of bad checks, domestic disturbances, P-Card abuse, luxury hotel rooms and expensive pictures all demonstrated by the current incumbent will all end when I take office.”

When Decaturish asked Bradshaw if he thought questions surrounding Sutton’s tenure on the commission would help him this time around, he said, “I hope it helps. I’m competing with her. It’s unfortunate that the sitting commissioner has all those issues, but that’s up for the voters to decide.”