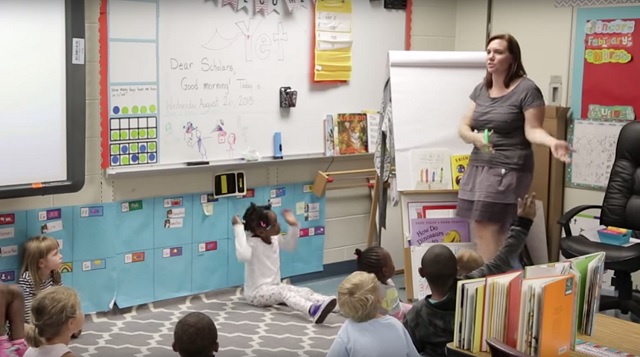 A Toomer Elementary School teacher’s dream of building an inclusive playground for students is one big step closer to becoming a reality.

Emily Max won a $100,000 grant from Farmers Insurance as part of its Thank America’s Teachers grant program, according to posts on social media and a press release from Atlanta Public Schools.

“This is a huge win for our school and community,” Max said.

In October, Decaturish reported that Max had been announced as a finalist for the grant award. The Farmers Insurance website says more than 70 percent of students at Toomer are on free and reduced lunch.

The website says, “The (inclusive playground) would include low structures with ramps, low monkey bars, and balance building stations.”