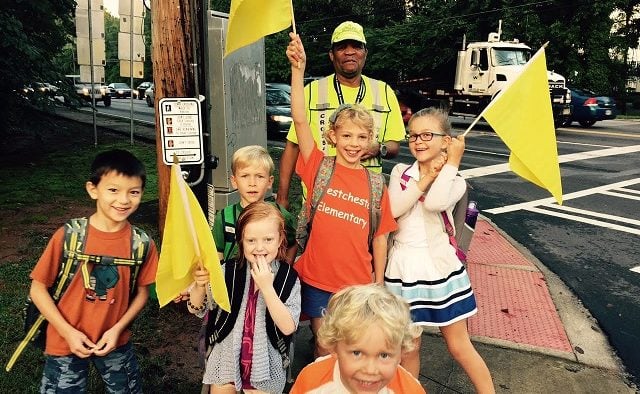 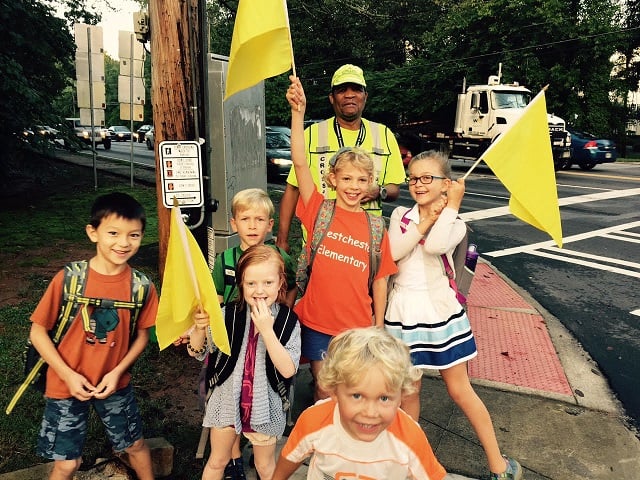 Pictures taken by Westchester parent Jennifer Belew of students walking to the school from Garden Lane.

In September, the City of Decatur elementary school held Walk & Roll, an event to encourage walking, but also highlight the traffic dangers on Scott Boulevard.

But parents and school officials say that’s not enough, so they created a Change.org petition.

Organizers are hoping to get 1,000 signatures, and they say you don’t have to live in Decatur to sign the petition. There were about 500 signatures at last check. In the petition, the safety committee says the unsafe conditions are an issue for the whole community, not just the school.

Earlier this year, there was a fatal accident on Scott Boulevard. A Lakeside High student was driving a rented Dodge Charger more than 100 miles per hour when he struck and killed a teacher who worked at his school.

GDOT recently asked the community for input on the safety of Scott.