A church grows in Kirkwood

A church grows in Kirkwood 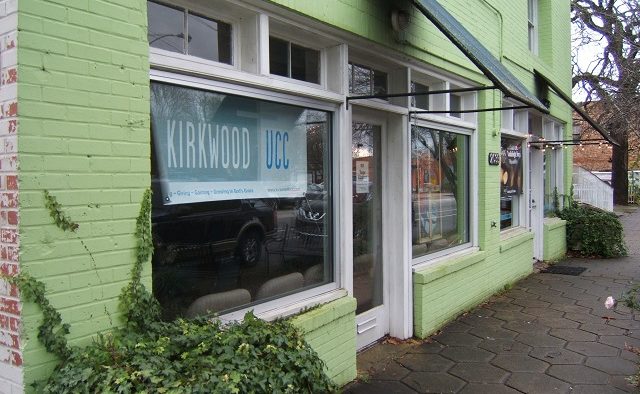 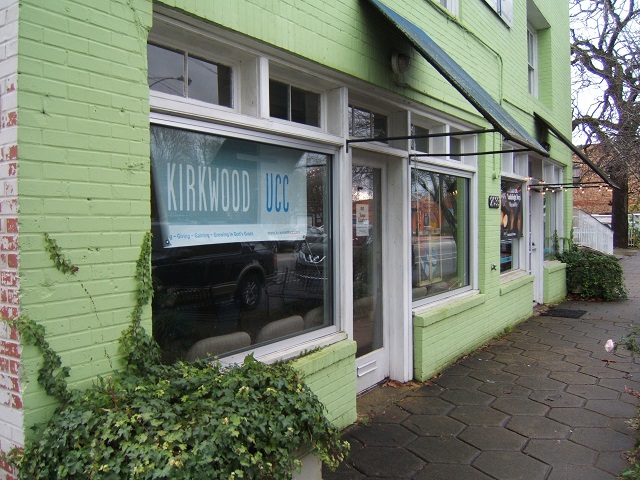 Kirkwood United Church of Christ, currently located in a two-story storefront building at 2033 Hosea L. Williams Dr., has announced plans for the construction of a new building, to begin in the late winter or early spring of 2016.

The new house of worship is located on a little less than an acre of land at 100 Rogers St., just down the street from Fred Armon Toomer Elementary School, near the intersection of Rogers and Hosea L. Williams Drive.

“We’re excited by the prospect of worship in a new sanctuary,” said church-member and handyman Kyle Caldwell, whose family joined the congregation three years ago. “And of course, the new building signifies a significant step forward in our growth.”

The KUCC congregation, which held its first services ten years ago in a coffee shop, now numbers around 150 members. The new church will host up to 200 worshipers.

Christian scripture directs our attention to the grain of a mustard seed and tells us that even this tiny germ of faith can move a mountain. There are no mountains in Kirkwood, but there is faith in abundance. A scan of churches found in Zip code 30317, which includes Kirkwood, finds no less than 21 houses of worship ranging across a number of faiths.

The fledgling church soon began holding early evening services at Gathering Grounds on the third Sunday of each month. By 2008, the church began weekly meetings at the coffee shop, and that summer KUCC made its first expansionary move, to the Kirkwood Community Center in Bessie Branham Park.

The church continued to grow, and at the beginning of 2009, the congregation moved a second time, to the Old Kirkwood Library, an actual, former library of the city of Atlanta, built in 1942 and converted to a private residence in 1995.

The following year, KUCC’s continuing growth required and afforded the acquisition of the church’s very own building at 2033 Hosea L. Williams Dr., a two-story storefront facility where the congregation held its first worship service on the Sunday before Thanksgiving in 2010.

KUCC hosts services in the former storefront every Sunday, as well as Wednesday morning prayer services at 7 a.m.

“We share a short devotional time, Holy Communion, and prayer. We gather in a circle in the middle of the sanctuary,” she said. “We have gathered every Wednesday for the past five years.” 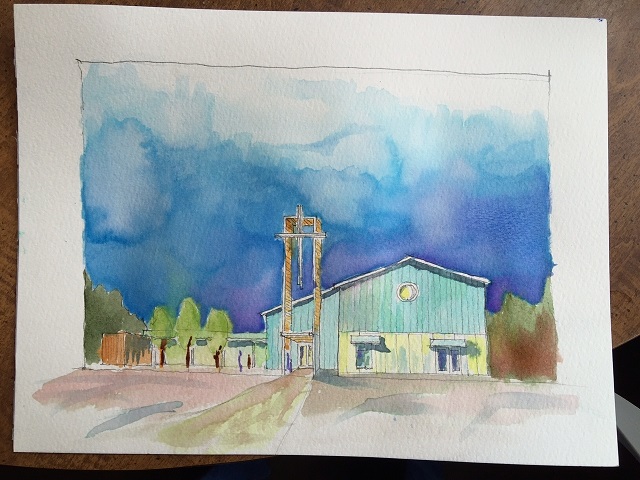 On the last two Saturdays of each month, a KUCC Soup Ministry serves the working poor of the neighborhood with food, clothing, and companionship.

“The Soup Ministry is especially gratifying, because we help people who are right here in the neighborhood,” said Caldwell. Attendance can vary with the weather. On average, several dozen people – some employed and some not – convene for soup and sandwiches made and brought by church members, who break bread with the people they serve.

“Conversations are loud and prayer time even more so,” said Rev. Davis, with a smile. “We try to listen to each other and get to know each other better.”

The church also partners with Neighbor in Need, a local organization that works with seniors on matters of housing, as well as other more general needs. KUCC holds an Easter Sunday Sunrise Worship in nearby Bessie Branham Park, 2051 Delano Drive, and hosts an annual summertime Blessing of the Animals to which even the pet-less are invited to attend and participate.

The new building will accommodate church offices and a meeting space, and provides increased space for KUCC’s various public ministries. Meeting space also will serve the needs of the various small community groups supported by KUCC’s ministry, hosting up to 60 people.

The new church was designed by church member Joseph Alcock, a Kirkwood resident and a member of the firm of McMillan Pazdan Smith.

Inclusion and growth are keywords at KUCC, which proclaims on its website, “Jesus didn’t turn people away. Neither do we.”