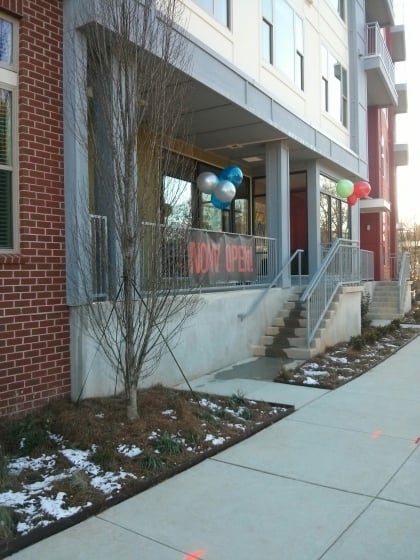 Another new apartment complex, The Alexan 1133, is now leasing in Decatur. A reader sent this photo.

The Alexan 1133, a luxury apartment building that’s been under construction in Decatur since 2014, is now open.

A reader sent a photo of a “now open” sign outside of the leasing center at 1133 Commerce Dr. The Alexan 1133 Facebook page says the leasing office is open for business and is offering tours.

The website says the building has studio and one and two bedroom apartments available. There is also a clubhouse, fitness area, and a salt-water pool.

The website says there are also electric car charging stations and a dog spa on site.

The Alexan 1133 is one of several new constructions in Decatur.