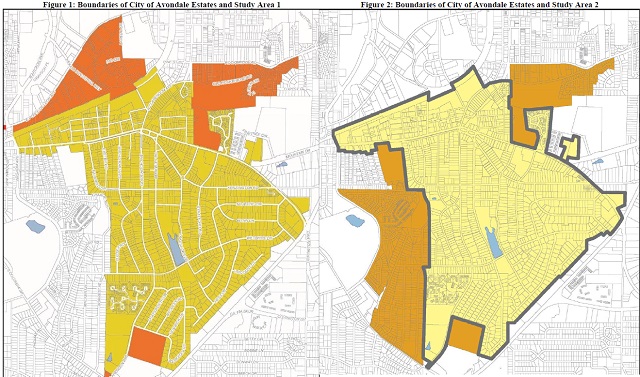 A copy of the agenda can be found here. The Feb. 1 meeting begins at 5:30 p.m. and will be held at Avondale Estates City Hall, located at 21 N Avondale Rd.

There is currently not an information packet attached to the agenda. The city recently received the results of a feasibility study about annexation.

Currently the city is considering a map includes commercial properties in the Rio Circle area, and residential areas along Rockbridge Road, as well as the former Avondale High School and the American Legion. The proposed annexation would nearly double the city’s current population, adding about 2,500 residents.