Schools in Decatur, Dekalb and Atlanta will dismiss early due to winter weather

Schools in Decatur, Dekalb and Atlanta will dismiss early due to winter weather 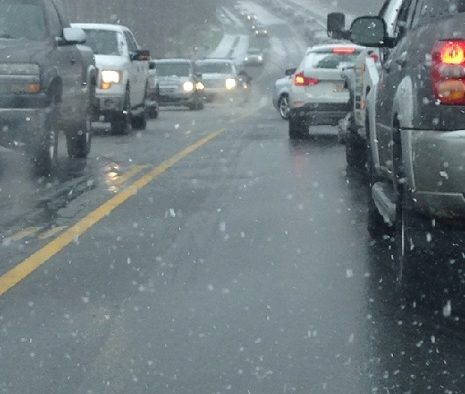 Local school systems are dismissing students early tomorrow due to wintry weather conditions. According to the National Weather Service, there is currently a winter weather advisory in effect from Jan. 22 at 3 p.m. until Jan. 23 at 7 p.m. There’s also a flood watch in effect from 3 a.m. on Jan. 22 to 7 a.m. on Jan. 23.

“Due to winter weather concerns, all CSD schools will dismiss 2 hours early on Friday, January 22nd. Buses will run regular afternoon routes two hours early,” Dude announced. “All after school programs and activities are cancelled for Friday afternoon and all day Saturday including the SAT administration at Decatur High School. The decision comes following a state of emergency issued by Governor Nathan Deal that will close state offices tomorrow at noon as well. For the full announcement from the Governor, visit http://goo.gl/nZ1zhb”

Atlanta Public Schools will also have an early dismissal on Friday.

In addition, APS will cancel all after school activities scheduled for Friday evening through Saturday, January 23. This includes SAT administration that was scheduled for Saturday.

School officials will release students at the following times:

APS Officials will continue to monitor the weather throughout this evening and tomorrow.

In response to the state of emergency declaration by Governor Deal due to inclement weather conditions (http://gov.georgia.gov/press-releases/2016-01-21/deal-issues-state-emergency-ahead-new-winter-storm-0), Superintendent Dr. R. Stephen Green announced the DeKalb County School District will have an early release of students on Friday, January 22, 2015.

Student dismissal schedule will be as follows:

All after school activities for Friday and Saturday, January 22 and 23, are cancelled.

SAT testing in DeKalb scheduled for Saturday has been cancelled.

MARTA has announced it is running on its regular weekday schedule on Friday until further notice. Georgia Tech will close at noon on Friday. Emory University is closing at 2 p.m.

Some businesses are closing early today as well. The city of Decatur reports that Squash Blossom and Sq/FT are closing at 5 p.m

Decaturish is continuing to monitor weather related announcements. Check back for updates.