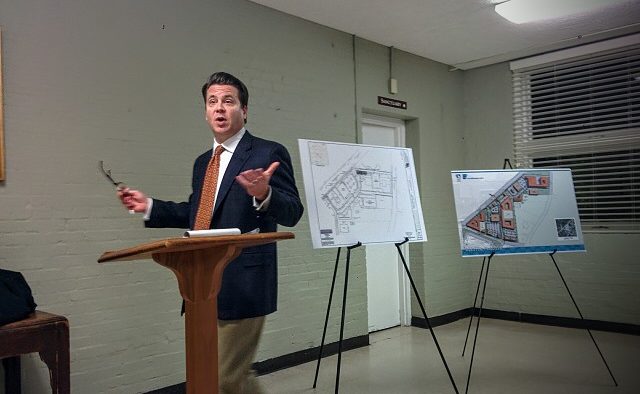 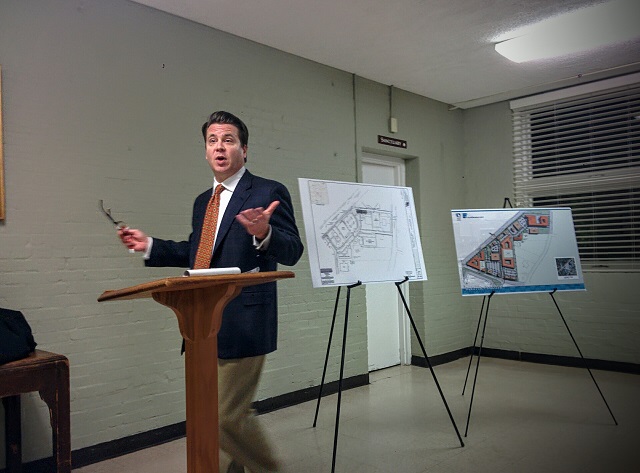 Representatives from Fuqua Development held a community meeting at the Decatur United Methodist Church on Wednesday, Jan. 6, to answer questions about the latest proposed addition to its Decatur Crossing project.

The development is located at the intersection of Scott Boulevard and North Decatur Road.

Phase III will be built on the 9-acre site currently occupied by a vacant Ford dealership. Den Webb, Land Use Attorney for Smith, Gambrell & Russell, told Decaturish that the zoning applications for the project will be filed today, Jan. 7. Phase III will include 260 residential units and there will be affordable senior housing, as well as space for a new restaurant and a new grocery store.

That would be the second grocery store slated for the Decatur Crossing Development. Fuqua has confirmed specialty grocer Sprouts will be a tenant in Phase II. No other tenants were announced at Wednesday’s meeting.

“If you sold surgical equipment you could store that equipment and use the conference center to meet with doctors from the hospital,” Webb said.

As with Phases I and II, residents’ primary concerns were about traffic generated by the project, its connectivity to the surrounding neighborhood, and a lack of green space in Fuqua’s renderings for Phase III.

Unlike Phase II, there has not been a traffic study for Phase III, Webb said. He said the Phase III development will, “Encourage some walkability.”

“The idea is this development will generate less traffic than a typical apartment development would,” Webb said.

Webb said a proposed traffic light for Scott Boulevard between the notorious five-way intersection and Tuxworth Circle should alleviate some of the traffic concerns.

“Theoretically that should slow down the speed zone,” he said.

Fuqua project manager Bill Aiken said there’s no official timetable for completion of Phase III because it will depend on when zoning for the project is approved.

Aiken said both Phase I and Phase II should be ready for tenants by 2017. Sprouts is expected to be open for business in February or March of 2017, he said.

Here are two renderings presented at the Jan. 6 meeting. The first shows all three phases. The second shows Phase III. 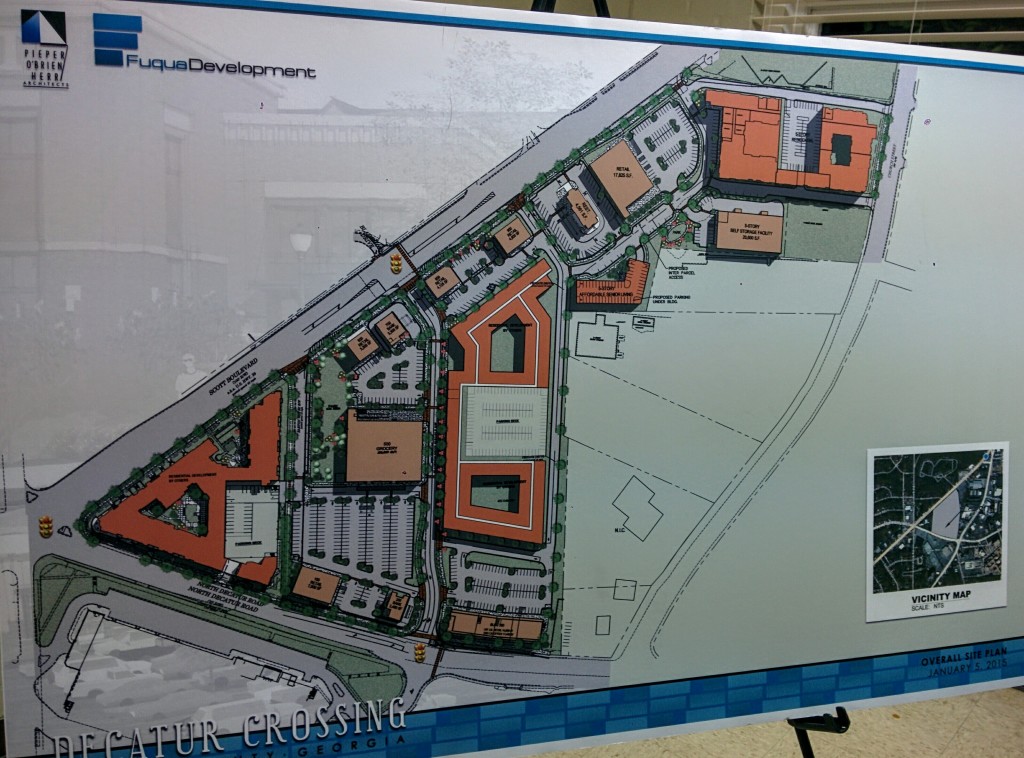 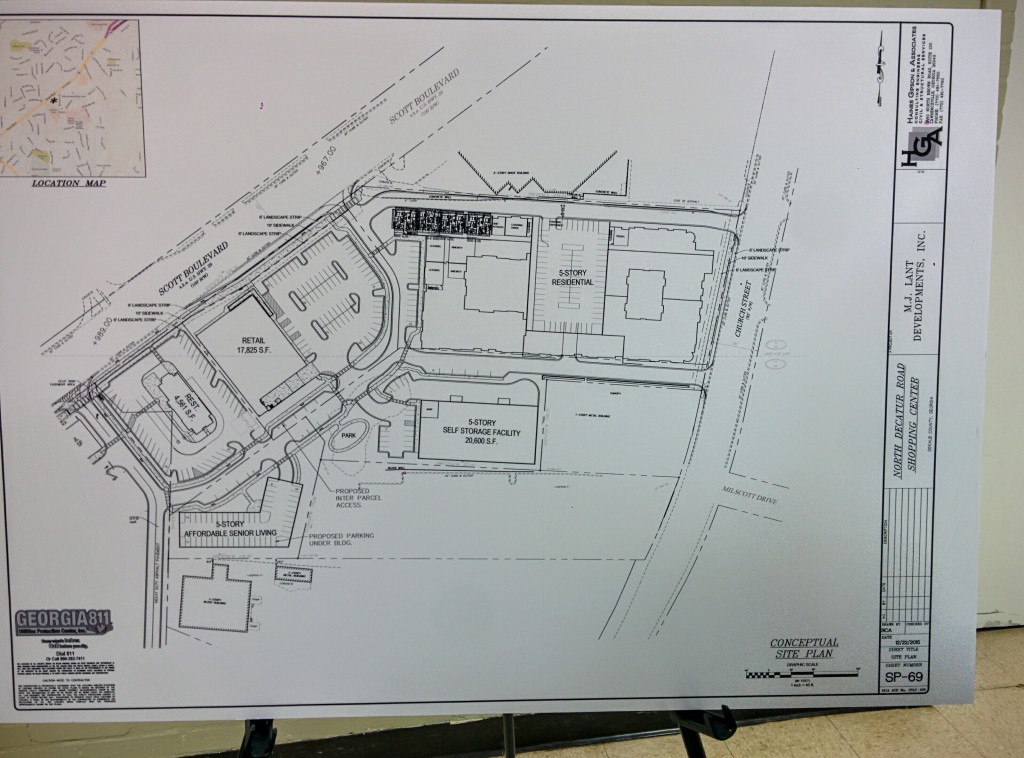