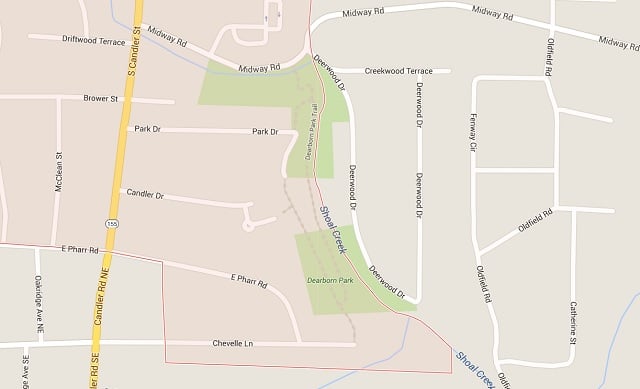 The city of Decatur’s plans to buy 4 acres to expand Dearborn Park have gotten much more complicated.

The property is now tangled up in a lawsuit, and the city of Decatur is named as a defendant.

Decatur’s City Commission on Dec. 21 voted to approve buying the property to expand the county-owned Dearborn Park. But shortly before the meeting, City Manger Peggy Merriss received a letter stating that the property was already under contract. The commission approved the purchase, pending an investigation into claims on the property.

On Jan. 6 Merriss emailed an update about the situation. The email, which was sent to numerous people, was forwarded to Decaturish. In the email, Merriss said that the company that claims to have the property under contract, Redwater LLC, had filed a lawsuit in DeKalb Superior Court against the property’s owner, Mattie Robinson, and against the city. According to court records, the lawsuit was filed Dec. 30.

“Among other things, the suit alleges that Ms. Robinson has concealed the existence of the prior Redwater LLC contracts,” Merriss wrote. “The suit names the City of Decatur as a defendant, but only on a procedural basis. There is no allegation of wrongdoing by the City, which is appropriate given that the City had no knowledge of this allegedly competing contract prior to the evening of Dec. 21. We do not know how long it will be before there is a ruling by the Superior Court on the validity of the Redwater LLC contract. At minimum, it will likely be several months.”

Merriss wrote in the email that Robinson signed a contract with the city on Dec. 18 for the 16 undeveloped lots. Merriss said prior to Dec. 21, the city had no knowledge of any preexisting contracts.

“The letter (received Dec. 21) was the first knowledge that the City had about any additional contract on the properties,” Merriss said. “Neither Ms. Robinson nor her family friend who had been assisting with negotiations with the City had ever mentioned a pre-existing contract for the properties. Title work was scheduled to begin after approval of the contract by the City Commission.

“After the City Attorney and I reviewed the situation in more detail, it was determined that the best possible course of action was to have Redwater LLC and Ms. Robinson determine if there was a valid contract between the two parties. The City did request that the Purchase and Sale Agreement with Ms. Robinson be modified to reflect the existence of the Redwater LLC contract and to clarify that the City’s contract was secondary to that contract.  Ms. Robinson agreed to this modification.  The City has suspended its attempts to close on the property until there is more clarity with respect to the validity of the Redwater LLC contract.”

Redwater LLC’s organizers are Nealon Hightower and Terrance Slade, according to records filed with the Georgia Secretary of State’s Office.

Property records filed in June 2015 show that Redwater recorded an affidavit and memorandum of agreement for purchase and sale of Robinson’s property. 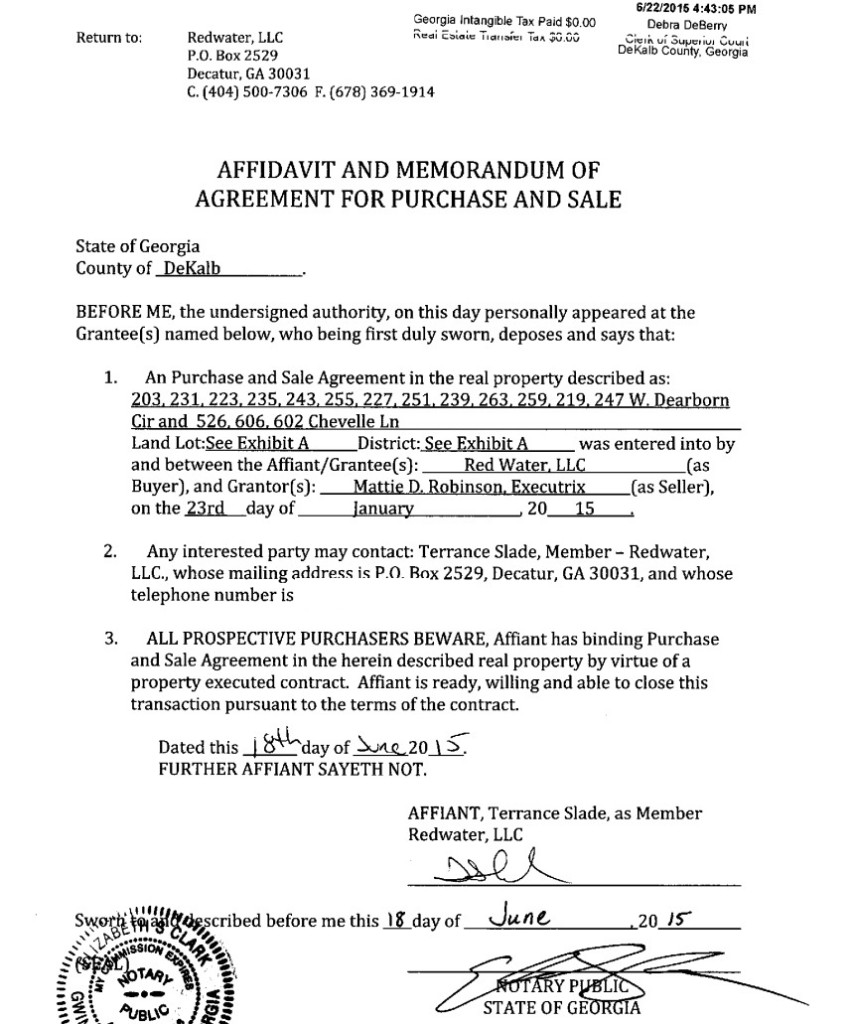