‘Murder Kroger’ will be transformed into mixed-use development

‘Murder Kroger’ will be transformed into mixed-use development

Artist's rendering of proposed mixed use concept for the Beltline Kroger, aka Murder Kroger.
Share 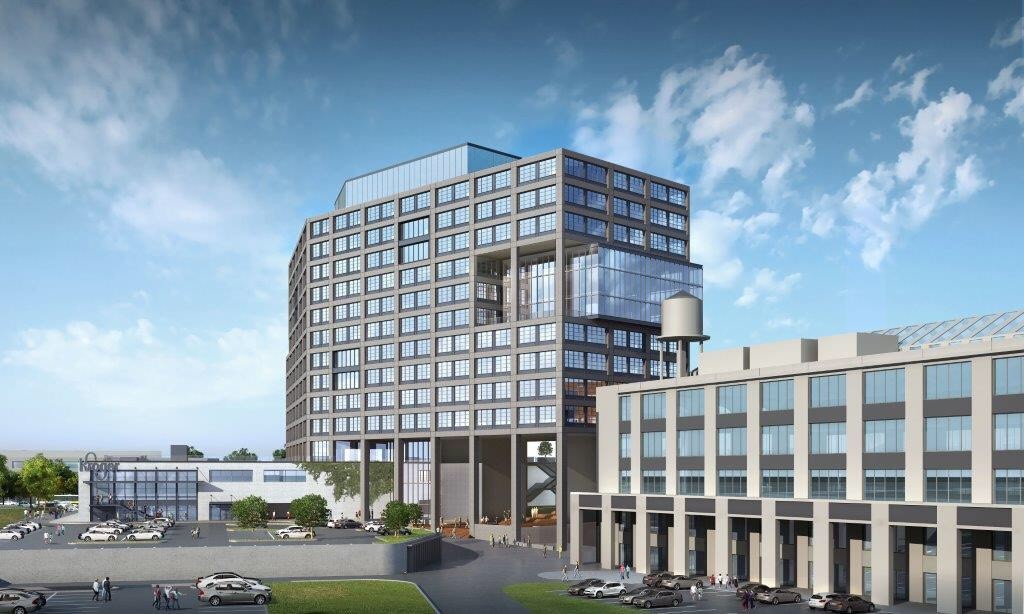 Artist’s rendering of proposed mixed use concept for the Beltline Kroger, aka Murder Kroger.

Kroger and a company called New City LLC announced Friday that the store will become “an Urban-Prototype Kroger and New Class-A Loft Office Building with Direct Beltline Access.” It will be called 725 Ponce.

“The project will break ground in the spring of 2016, and will include a new 60,000 square-foot Kroger below 360,000 square feet of Class-A loft office space, designed to take advantage of the spectacular views of the adjacent BeltLine, Ponce City Market and Historic Fourth Ward Park,” the press release says.

“Our goal for 725 Ponce is to build on the incredible momentum of Ponce City Market and the BeltLine,” New City founder Jim Irwin said in the press release. “It’s exciting to be able to partner with Kroger to revitalize the property and have an opportunity to design a new building that fits within the context with the historic structures next door – adding another layer to the urban landscape.”

According to the press release, the building will be similar to the Ponce City Market development.

“The building will cater to the in-town worker, and includes open floor plates with exposed 13-foot ceilings, divided light windows and a refined industrial aesthetic,” the press release says. “The building will feature multiple stair-stepped outdoor terraces, which will provide office tenants with the opportunity to work and congregate outdoors and enjoy spectacular views of the Atlanta skyline.”

The existing Kroger, which opened in 1986 and recently received a $2.5 million face lift, will be demolished and replaced with a new store. It will have a dedicated entrance to the Altanta Beltline, the press release says.

“Kroger is excited to build a new store to suit the unique needs of our in-town customers,” Glynn Jenkins, public relations director for Kroger’s Atlanta Division, said in the press release. “The new store will include an expanded natural foods and organic assortment of products, extensive prepared foods, ‘Click List’ online grocery ordering and other amenities so we may offer even more choices and convenience for our loyal customers.”

There will be more than 900 new parking spaces that will serve office tenants, the press release says. It will be available to the public on evenings and weekends.

The press release adds, “New City will be working with the owners of the adjacent Ford Factory to create a new dedicated BeltLine entrance to their building, public breezeway and new BeltLine-facing retail space inside the existing structure as part of the overall redevelopment.”

“This project exemplif​ies ​the catalytic role the Atlanta BeltLine continues to play in advancing Atlanta’s stature as a world-class walkable/bikable city,” Paul Morris, CEO of the Atlanta BeltLine, said in the press release. “The confidence New City and their investors are showing at 725 Ponce further solidifies the urban development revolution taking place around the BeltLine, with robust economic development that affords residents the ability to work​, shop and live their lives using the BeltLine as their primary means of transportation.”