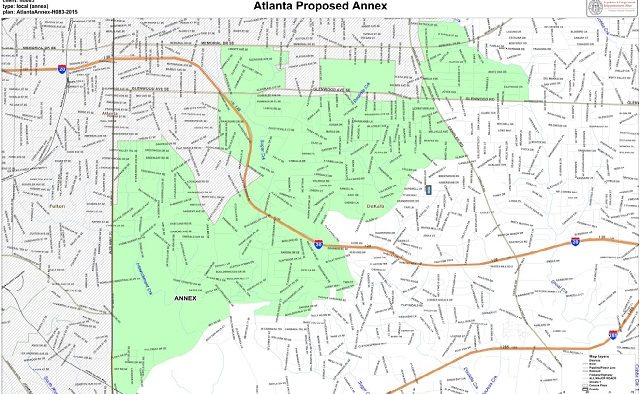 State Rep. Howard Mosby has provided a copy of the map that shows the boundaries of his annexation proposal that would bring a chunk of unincorporated DeKalb County into the Atlanta city limits.

Mosby said the annexation, which would affect between 10,000 and 15,000 people, is intended to resolve 911 dispatching conflicts between DeKalb County and the city.

Mosby is the only sponsor listed for House Bill 706 and it’s already had a second reading.

Additionally, Decaturish has received two other versions of the map that were forwarded to a reader by state Sen. Elena Parent. One of them shows the map as it relates to the city boundaries of Atlanta and Decatur.

Here is the map provided by Mosby’s office:

Here are the maps provided by Parent: