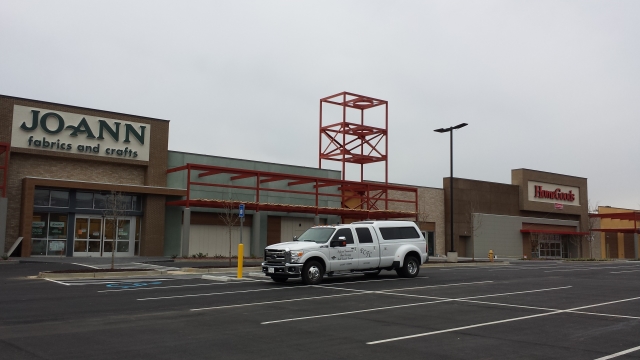 A new Asian fusion restaurant has been added to the list of businesses moving into Decatur’s newly-renovated Suburban Plaza.

Bill Stogner, Senior Vice President with Selig Enterprises, told Decaturish that the people behind Chow Bing at 3330 Piedmont Rd. in Buckhead will open CHOW’BATTA near Starbucks and Uniform Advantage, near North Decatur Rd.

“We’ve got a new concept called CHOW’BATTA,” Stogner said. “It’s fast casual Asian fusion type food. Very good stuff. They’re all in for permitting right now, so it will take about 60 to 90 days for them to get their store built.”

When Decaturish asked about an opening date for CHOW’BATTA, Stogner said, “I would say, except for Ross [Dress for Less], everybody should be opened by June in the center.”

Stogner said he expects the heavily-anticipated Comet Pub & Lanes to open “in the next 45 days.”

– Starbucks: Stogner expects Starbucks to open in 60 days. “Probably in May,” he said.

– Half Price Books: “We should turn that space over to them April 1, and they should be open by June 1,” Stogner said.

– Jo-Ann Fabric and Crafts: A sign outside of Jo-Ann cited April 28 as the opening date.

– HomeGoods: Stogner said HomeGoods will open in April or May. However, a promotional email obtained by Decaturish says there will be a grand opening of the store on March 13.

– Louisiana Bistreaux: “Probably another 120 days for them. They don’t have the permit yet,” Stogner said.

Signs up at Jo-Ann and HomeGoods both indicate they are hiring.

Stogner also said more businesses have signed on for the lower level of the plaza on Church St., where the bowling alley is located. He said a dentist and a women’s clinic are moving in. “We have one space left over [on the lower level]. It’s 3,400 square feet,” Stogner said.

Walmart, an anchor tenant of the plaza, opened in November 2015 as did LA Fitness.

LA Fitness held its grand opening on Saturday, Feb. 20. Here are a few more photos of LA Fitness and other retailers in Suburban Plaza. 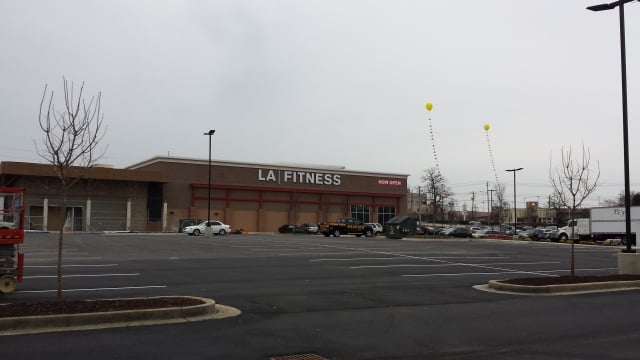 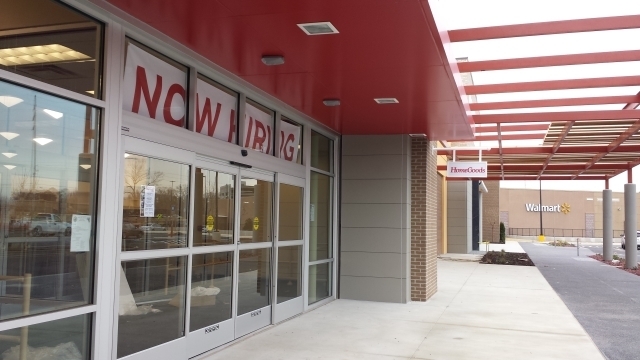 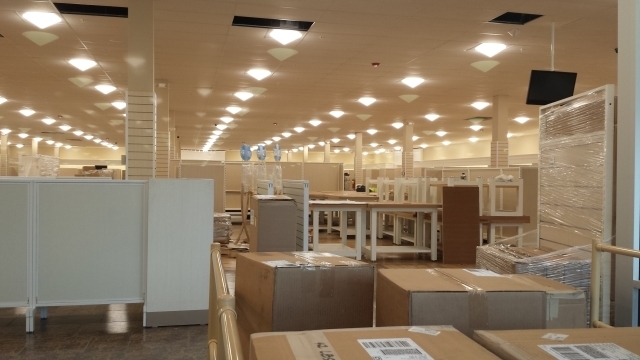 The interior of HomeGoods being built in Decatur’s Suburban Plaza. Photo by Dena Mellick 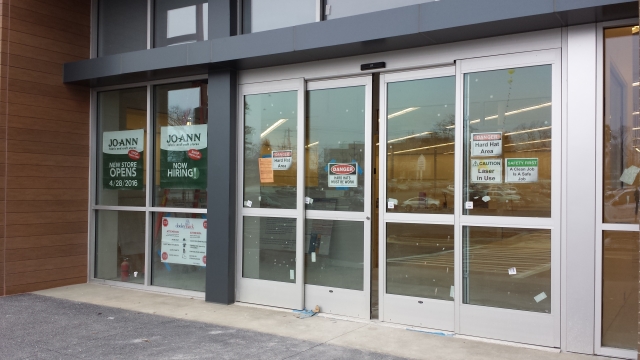