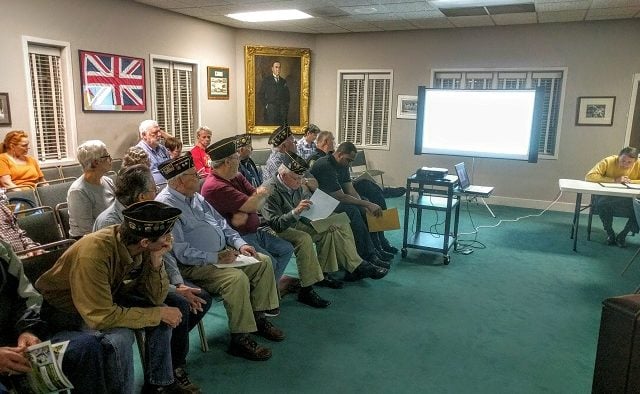 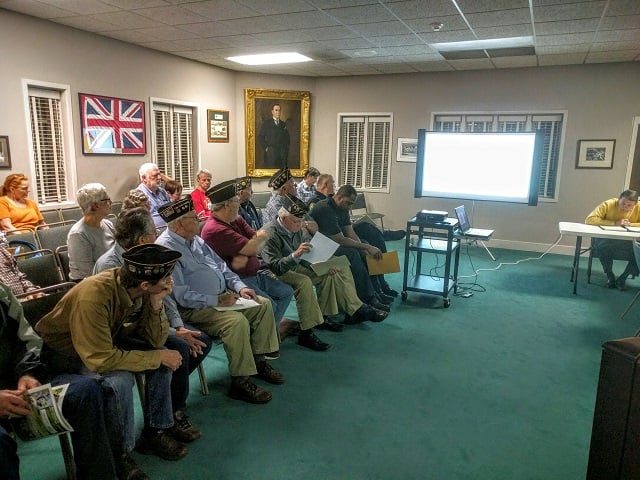 The Avondale Estates City Commission quickly agreed to consider removing the American Legion Post 66 from its annexation map after several veterans demanded it during a Feb. 1 meeting.

Avondale Estates had called the work session to discuss its annexation plans for this year’s legislative session.

The section of the annexation map called Study Area 1 in the city’s recent feasibility study includes the American Legion post on Covington Road. It also includes the Avondale Middle School property, as well as the Ivy Hill and Rammel Oaks neighborhoods. According to Mayor Jonathan Elmore, Avondale Estates has abandoned its pursuit of residential property in the portion of the annexation map known as Study Area 2 in the city’s recent annexation feasibility study amid opposition from people living there, including the Forrest Hills neighborhood. Elmore said if those residents want to join the city, they can do so via the petition method.

To see the annexation feasibility study and the two annexation maps, click here.

The opposition of the American Legion members caught commissioners off guard. Jim Bishop, finance officer for the post, warned that the Legion’s opposition could be a public relations nightmare for the city.

“It could become the politicians of Avondale Estates versus the War Veterans of Post 66,” Bishop said.

Bishop said the Legion, which is tax exempt, would add nothing to the city’s tax base and city government would do nothing for Legion members.

“We firmly believe that we do not need or want another layer of government,” Bishop said. “It is and always has been our view as Thomas Jefferson stated, the best government is the least government. We have nothing to gain by being part of Avondale Estates.”

Elmore readily agreed to remove the post from the map.

“I don’t want 287 veterans in the halls of the capitol [lobbying against it],” Elmore said. “I don’t think that would be a good thing.”

What’s less clear, however, is what removal of the Legion will do to the city’s other plans for that portion for the map. It’s the commission’s understanding that properties must be contiguous to the city if they are to be annexed. State law defines a “contiguous area” as “one where at least 1/8 of the external boundaries abut the municipality or would abut the municipality but for land owned by local or state governments.” Removing the Legion could create a map that leaves an unincorporated portion of DeKalb in the middle of a city. Commissioner Terry Giager said the so-called unincorporated “islands” are not permitted under the law.

But state Rep. Karla Drenner, D – Avondale Estates, speaking to Decaturish by phone on the morning of Jan. 2, said she’s not sure that’s correct.

City Manager Clai Brown said he would research the impact removing the Legion would have to the overall annexation plan.

City Commissioners told Legion members that they respect veterans and that their opposition to the annexation map came as a surprise.

“I came in under the assumption you guys wanted to be annexed,” said Commissioner Adela Yelton, who was elected last year. “I don’t know where that assumption came from.”

Commissioner Brian Fisher said the city needs to look out for its future interests.

“I couldn’t be prouder of our veterans,” Fisher said. “I feel like we were elected to do what was in the best interest of Avondale Estates.”

Giager said there’s no real rush to move forward with an annexation plan anyway. The annexation and cityhood movement has lost some of its momentum after the defeat of the proposed city of LaVista Hills in referendum last November.

“I think [Avondale’s current plan is] the best plan out there, but I don’t see the urgency that we do it right now, this year and rush through this thing,” Giager said. “If we want to cultivate and talk and build relationships, we have a year to do it.”