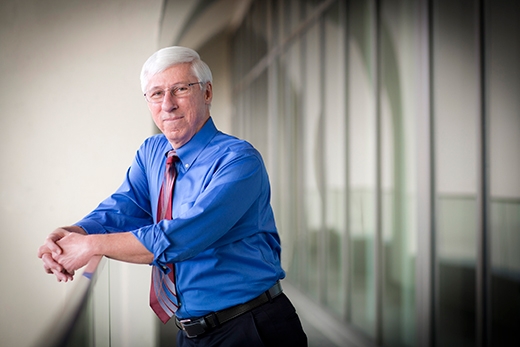 The new department will include Emory’s Police Department, Fire Safety, and Emergency Medical Services. It will operate within the division of Campus Services.

A press release says the new organizational model is one being adopted by many campuses around the country. It also notes the new model will address changing requirements for Clery Act compliance. The Jeanne Clery Act is a consumer protection law passed in 1990. It requires all colleges and universities that receive federal funding to share information about crime on campus and inform the public of crime in or around campus.

The Clery Center website says, “Under the Act, institutions must provide survivors of sexual assault, domestic violence, dating violence, and stalking with options such as changes to academic, transportation, or living, or working situations, and assistance in notifying local law enforcement, if the student or employee chooses to do so. It also provides both parties in a campus disciplinary process certain rights.”

The Clery Act often intersects with Title IX, and the Clery Center says, “Institutions should have policies that are in compliance with both Title IX and Clery.” Title IX prohibits discrimination on the basis of sex.

The university said Watson will be the primary campus contact person for Clery compliance. Watson said in the Emory press release the act now includes issues like student education and student conduct.

“We’re already working with the Office of the General Counsel and Office of Compliance in putting together a robust compliance program,” Watson is quoted as saying.

Watson has worked in law enforcement within the Emory community for more than 37 years. He was promoted to chief of police at Emory in 1995.

A search has begun for a new police chief who will report directly to Watson.