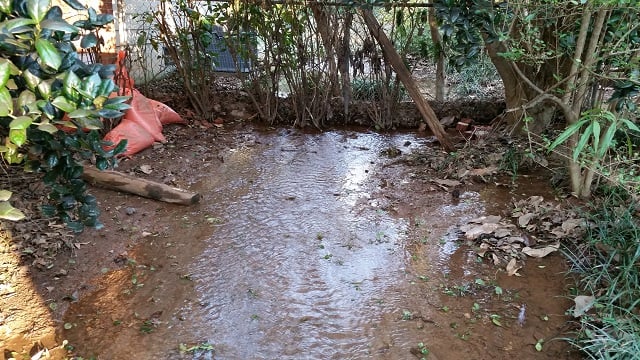 McLendon Drive in DeKalb County remains closed in both directions as crews continue to repair a water main that broke on Jan. 28.

A 42-inch water main most likely broke due to age, according to the county. While residents were expecting water pressure issues as the county made repairs, so far there have been no reports of people experiencing pressure issues related to the break. The break occurred between between Tanner Drive and Brook Drive, near the Scottdale Food Mart.

There’s no word on when the road will reopen.

Decaturish reader Patricia Guenthner sent in these photos of her yard in the Evergreen Forest subdivision.

She says, “I just wanted to share a few pictures taken at my house due to the way the water has been routed by Dekalb County in an effort to repair the water main break on McLendon. It has looked like this Thursday afternoon. To be fair, they did come and put some sandbags down to divert the water from my crawlspace door after a neighbor alerted them to the situation while I was at work. The site supervisor also called me and left me some numbers to call at Dekalb County Water and Sewer, which I intend to do on Monday if this situation is not rectified. I live in the Evergreen Forest subdivision, one street over.” 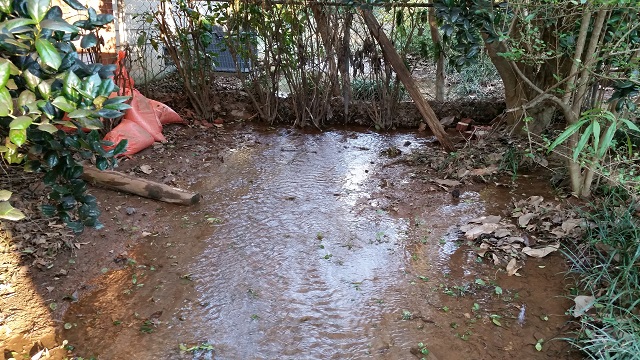 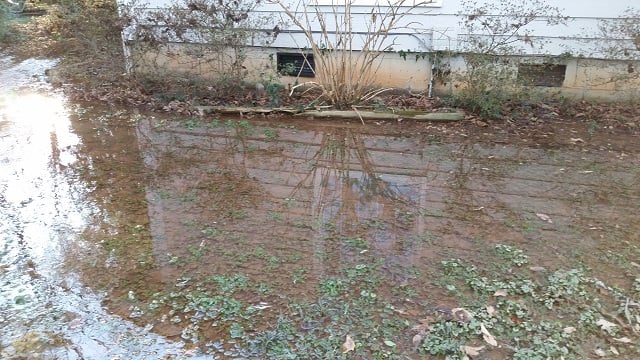 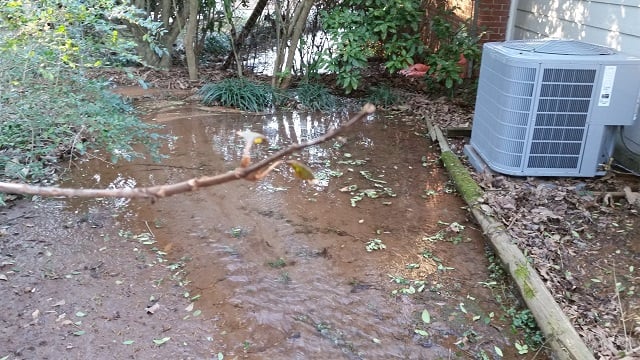