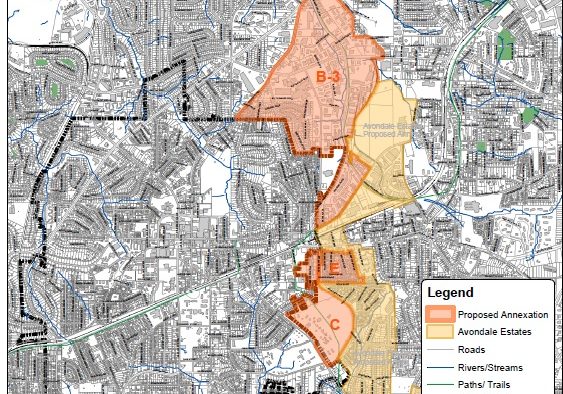 There’s growing concern among residents in the Medlock Park neighborhood about Decatur’s annexation plans, despite perceptions that the Legislature has no real appetite for pursuing any annexation bills this year.

A letter that ran on Decaturish.com on Feb. 1 calls Decatur’s plan “shameful,” saying it will rob DeKalb County Schools of its commercial tax revenue. There’s also a petition circulating urging legislators to vote against the annexation plan.

However, Medlock residents note that there is a meeting of the DeKalb County Senate Delegation on Feb. 4 at 1 p.m. at the Capitol. Drenner’s bill is one of the items up for discussion.

“I don’t know,” she said. “The only priorities that we have talked about have been to pass the homestead exemption for seniors.”

Attempts to reach state Sen. Elena Parent have been unsuccessful.

After the Decatur Mayor’s recent State of the City Address, City Manager Peggy Merriss told Decaturish she’s not aware of any push to get Drenner’s bill passed this year. She said the city is not actively seeking a sponsor for the rest of its annexation plan.

“Things probably aren’t going to go anywhere,” Merriss said. “In the world of the Legislature, as long as it’s out there, there’s always a tomorrow. … With LaVista Hills not happening, I think the pressures became very different. The General Assembly is trying to get out by mid-March and I don’t think there’s an appetite on the state level for dealing with local issues. That’s what we’re hearing anyway.”

To see the map attached to the 2015 annexation bill, click here.