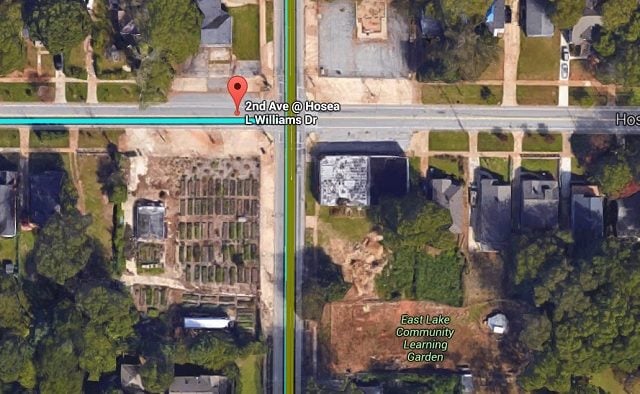 A map showing the site of the proposed development at 2nd Avenue and Hosea Williams. Source: Google Maps
Share 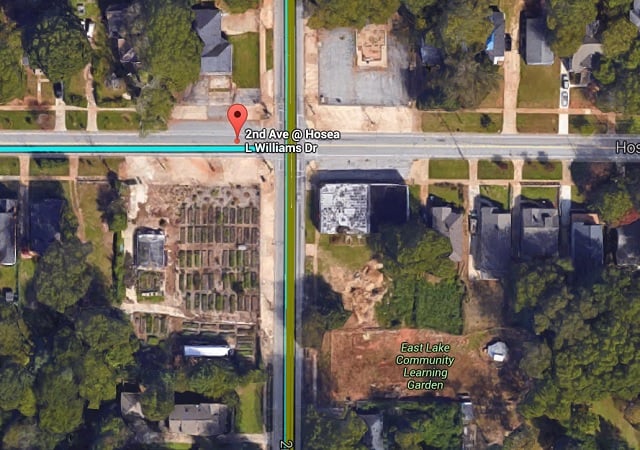 A map showing the site of the proposed development at 2nd Avenue and Hosea Williams. Source: Google Maps

A James Beard award-nominated pastry chef will open a restaurant at a new development that’s currently under construction at the intersection of 2nd Avenue and Hosea Williams.

A press release sent by Nathan Bolster, a partner in the redevelopment project, pastry chef Aaron Russell and his wife Jamie Russell will open a neighborhood restaurant and bar at the southeast corner of the intersection.

“The couple’s concept, Poor Hendrix (named after their rescue dog), will offer two types of fare starting in the early fall,” the press release says. “The café will focus on serving simple, perfectly prepared classic dishes that compliment an affordable, but thoughtful wine list. The bar will feature small plates of salty, spicy, and savory comfort food engineered to go best with drinking in a pub atmosphere.”

Previously, the developers announced that a Greater Good BBQ will be located on the northwest corner of the site.

“We hope to create a space with humble interiors and no pretensions – just a comfortable place to enjoy fabulous food and drink with friends,” Aaron Russell said in the press release.

The press release, distributed on Feb. 10, says the development has reached some “major milestones.”

“Construction is well underway on two of the four corners of the intersection (northwest and southeast corners),” the press release says. “Last week Mike Nelson and Clay Harper, owners of Fellini’s Pizza and La Fonda Latina, and their development partners, Jay Martin and Nathan Bolster of ReDevStudio, closed on the acquisition of a third corner (northeast corner) from CF Foundation, Inc.”

The development is being closely followed by residents in the area.

Martin previously told Decaturish the development team was approved for a zoning variance on Sept. 10 that will allow for the construction of a walkway between the southeast corner parking lot and the East Lake Foundation’s Community Learning Garden.

“That was at the request of the East Lake Foundation and we were eager to make that happen,” Martin said. “So we wanted to tie together our development with the Learning Garden and we were more than happy to incorporate that into our site design.”

Bolster also sent a copy of a rendering for the project.