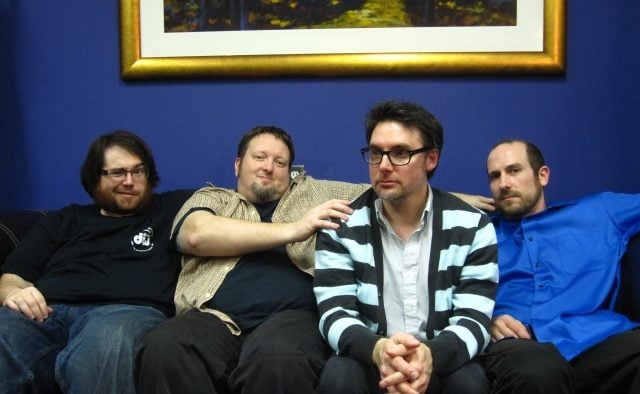 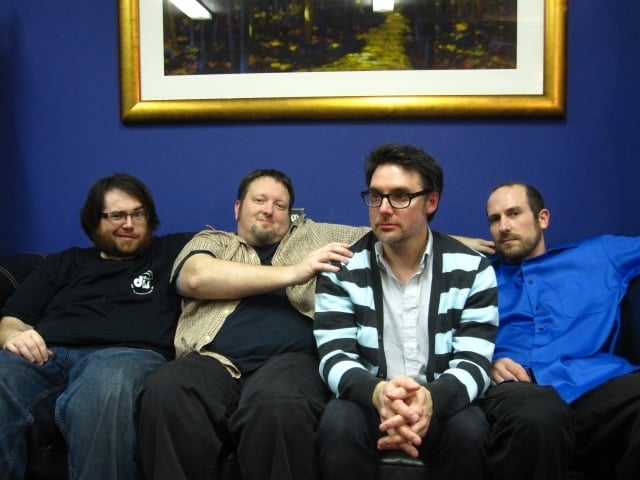 It’s not every day that a tribute band is not only acknowledged by the original band, but has actually played with the professionals. But that’s indeed the case with Atlanta Weezer tribute band, El Scorcho, which in 2008 performed on stage with the rock band Weezer. After a two-year hiatus, El Scorcho is reuniting to play at the Star Bar on 437 Moreland Ave. on Friday, Feb. 26 at 9 p.m. Weezer actually tweeted about El Scorcho’s show.

ATL area =w= tribute band @elscorchoband returns, with a Blue/Pinkerton back to back show at the Star Bar in ATLANTA on Friday, Feb 26!

Q: How did El Scorcho get started?

A: “The band started in 2004 as a one-time show project between me and a few friends. It was so well received that we’ve kept it going since! The band has had many members come and go, but the current line up is me (Braxton), Cory on guitar, Brian on bass, and Chris on drums. Brian and I live in the Avondale Estates area, Cory in Buckhead, and Chris in Roswell.”

Q: Where all has the band performed?

A: “We’ve performed at local venues and festivals in Atlanta and the metro area and have traveled around the Southeast to cities like Asheville, Knoxville, Chattanooga, and Birmingham. The pinnacle performance thus far though, was when we performed on stage with Weezer in 2008 at Gwinnett Arena.” (O’Neal can be seen playing the bassoon).

Q: Do the musicians also play in other bands?

A: “Yes, we all stay busy with other projects, musical or otherwise. I have a cover band called Braxton & The Renditions that Cory plays with occasionally. Cory is also a film and photography artist. Chris and Brian both play in Drucker and Humdinger, and Brian has a project called Kilberth.”

Q: Why did the band take a break, and why the reunion now?

A: “Life happens, you know. We were all either having kids, raising families, moving to other towns, keeping up with our day jobs, or some combination of all of those! I still get recognized as the lead singer for El Scorcho, even in my cover band, and recently I’ve had a lot of inquiries as to when we’re going to perform again.”

Q: What can people expect at the upcoming Star Bar concert?

A: “This show at the Star Bar will be 10 years almost to the day that we performed a battle of the Weezer bands with another group of local musicians doing some Weezer tunes. Weezer continues to put out new music, and while it’s apparent that the band is changing and experimenting with its style, I think all Weezer fans long for the days of the first two albums. Weezer toured in 2010 performing the Blue album and Pinkerton, so I thought we would give our local friends and fans the same!”

Q: What are the most requested Weezer songs?

A: “Aside from the hits off of the Blue Album and Pinkerton, which we’re performing in their entirety at the Star Bar on Feb. 26, we get a lot of requests for the B-side ‘Susanne.'”

Q: What is the band’s favorite song to play?

A: “Oh wow – I think individually we have our favorites, but ‘Getchoo’ from Pinkerton is one that Chris and I just love to rock.”

Q: Any other upcoming performances?

A: “Nothing scheduled yet…we wanted to do this show at the Star Bar and gauge the reaction to see if we should book shows in the future. If it’s really successful, we’ll be booking more shows.”

Q: Anything else people should know about El Scorcho?

A: “Sometimes Weezer posts about us on its website. We met Karl, their webmaster, in 2008 when we played on stage with them at Gwinnett Arena. It’s great that they’ve been so nice to post about us over the years.”

Decaturish’s Q&A articles spotlight people and businesses of interest in the community. If you have someone you’d like to suggest for a Q&A with Decaturish, email editor@decaturish.com.