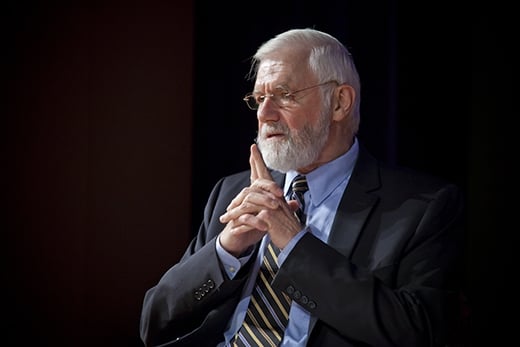 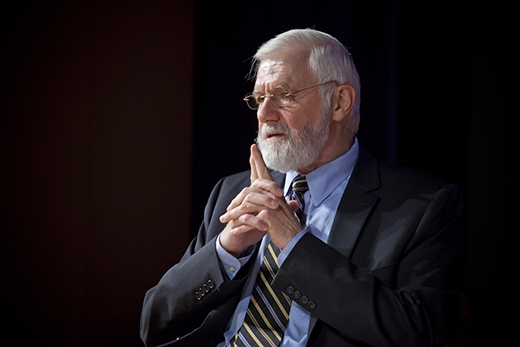 William Foege, the epidemiologist credited with helping to eradicate smallpox, will deliver the commencement ceremony address at Emory University on May 9.

Foege, who served on the faculty at Emory previously as well as serving a executive director and fellow for health policy at The Carter Center, will receive the Emory President’s Medal. That is one of the two highest honors granted by the university. Foege also was senior medical adviser for the Bill and Melinda Gates Foundation.

“Bill Foege combines greatness of heart with a first-rate mind and a commitment to improve the well being of humanity,” President James Wagner said in a press release. “He also happens to be a splendid public speaker, and we are fortunate that he will grace our platform on Commencement morning.”

The press release said, “Foege, winner of the Presidential Medal of Freedom in 2012 and recipient of a 1986 honorary degree from Emory, has championed many issues, but his focus has been children in the developing world. He is a strong proponent of disease eradication and control and has taken an active role in the elimination of Guinea worm disease, polio, measles and river blindness. By writing and lecturing extensively, Foege has broadened public awareness of these issues and brought them to the forefront of domestic and international health policies.”

Foege was chief of the Smallpox Eradication Program for the Centers for Disease Control and Prevention (CDC). He was appointed director of the CDC in 1977. “In 1984, he and several colleagues formed the Task Force for Child Survival, a working group for the World Health Organization, UNICEF, The World Bank, the United Nations Development Program and the Rockefeller Foundation,” the press release said. “Its success in accelerating childhood immunization led to an expansion in 1991 to include other issues that impact children. The task force, headquartered in nearby Decatur, was renamed the Task Force for Global Health and is affiliated with Emory.”