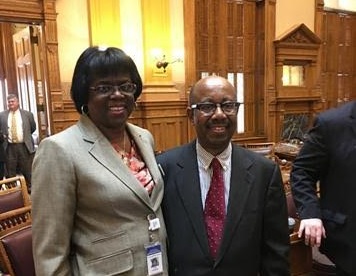 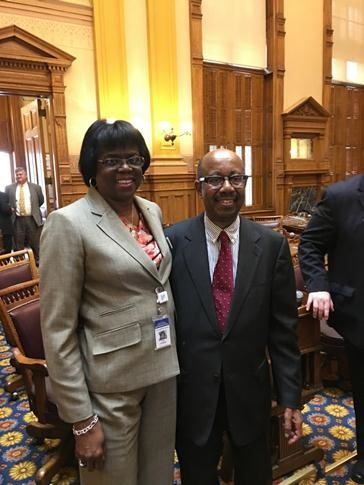 Robert L. Brown, a man who has been active in Decatur civic life, has been reelected to another term on the state Transportation Board, according to a press release.

The Georgia Department of Transportation says that Brown, who resides in Decatur, was elected to another five year term which will begin on April 16. He currently serves as the board’s vice chairman. GDOT says he was elected by a, “caucus of state representatives and senators from the 4th Congressional District, comprised of DeKalb, Gwinnett, Newton and Rockdale counties.”

“Serving on the State Transportation Board for the last decade has been an honor and I am pleased to continue in that capacity,” Brown said in the press release. “This is an especially exciting time for transportation in Georgia. The state funding resulting from the Transportation Funding Act will provide GDOT with sustainable revenue to allow us to improve and maintain Georgia’s road and bridge infrastructure, and to advance transportation throughout the state.”

According to GDOT, Brown graduated from Tuskegee University, is a registered architect and is CEO of an architectural and construction management firm. He belongs to several professional and civic organizations, including the American Institute of Architects; Georgia Partnership for Excellence in Education; Southern Polytechnic State University and Georgia Perimeter College Foundation Boards; Agnes Scott College Board of Trustees; Smart Start Georgia; Georgia Chamber of Commerce; Metro Atlanta Chamber of Commerce and the Decatur Business Association.