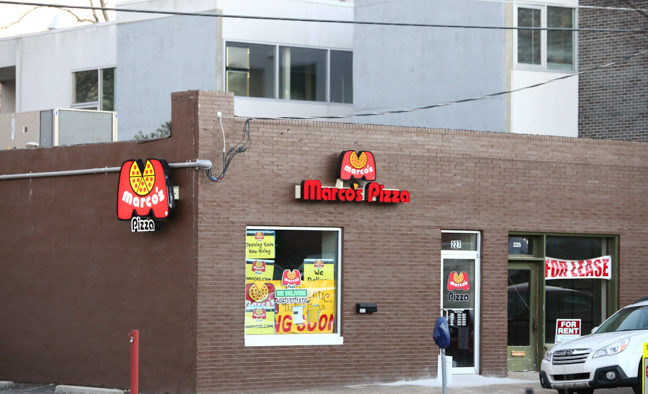 Marco's Pizza in Decatur will hold its grand opening in March. Photo by Travis Hudgons
Share 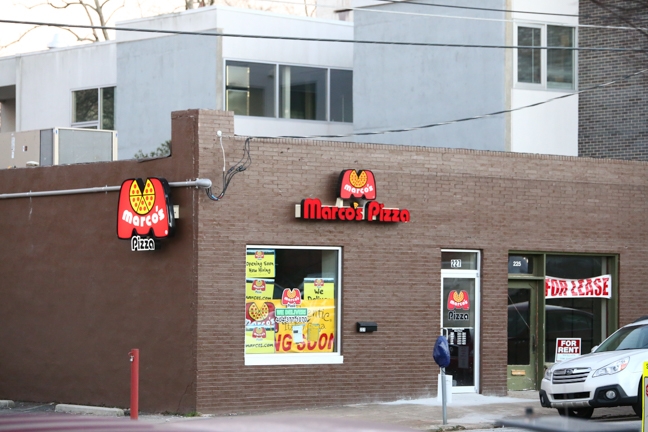 Marco’s Pizza in Decatur will hold its grand opening in March. Photo by Travis Hudgons

When I moved to the city of Decatur 23 years ago from the San Francisco Bay Area, I was stunned to find almost a complete lack of pizza within the city limits. This was the county seat, a hub of commerce, and no pizza! Really! As a pizza industry journalist, I had been known to drive two hours from my home in Marin County, California, to Santa Cruz to get slices at Pizza My Heart.

For me, landmarks in the San Francisco Bay Area were pizza restaurants. Atlanta was a pizza backwater then as I struggled to find independent pizza joints that could produce a great pie.

In Decatur, a few chains delivered, but there was no sit down pizza experience available until Sweet Melissa’s converted its second floor for pizza. The dough was purchased elsewhere, but the end product was passable. The Olympics came and went. So did the Sweet Melissa’s pizza experiment. Mellow Mushroom came in, had a lot of success and then left with some controversy and is perhaps coming back.

Today, the city of Decatur’s pizza scene is nothing short of amazing. Six pizza restaurants exist within the 30030 and two more may be coming. Additionally, there are restaurants like Café 246 that have pizza on the menu. Plus, for those of us who love true Chicago style stuffed pizza, just a 15 minute drive from Decatur on Ponce next to Krispy Kreme is Nancy’s Pizza. It’s the real deal and is one of the only outposts of Nancy’s outside of Chicago. My wife knows full well that when I say I’m going to see Nancy that does not mean I’m having an affair, but am heading down to get some of the best pizza on the planet. After an hour in there devouring a pineapple, spinach and mushroom pie, I’m definitely a happier soul.

Back in South Decatur, where I live in the MAK district, it’s only a 10 minute walk to Mojo Pizza ‘N’ Pub in the Oakhurst District or 15 minutes to Avellino’s. Mojo’s deserves a tremendous amount of credit as one of the pioneer restaurants in Oakhurst and is still thriving 18 years later. Check them out on a Friday night and you’ll be amazed at the scene there.

Other days I may walk downtown to check out one of the four pizzerias. The newest is across the street from Decatur High. Marco’s Pizza may be part of a large chain, but its pizza is a cut above what most of us would expect from a national chain. At Fellini’s my favorite slice is their spinach, mushroom and garlic combo.

There’s been a trend in recent years toward high end pizza restaurants that feature ingredients imported from Italy and ovens that can reach temperatures as high as 1,000 degrees. Antico Pizza near Georgia Tech was one of the first in Atlanta to showcase this style. These pizzas can cook in 90 seconds to two minutes, but then they cool down faster than traditional pizzas so you’ve got to eat fast to get the maximum impact.

Within the high end category Decatur has Sapori di Napoli, which is great as a family/friends dinner experience. They only have one pizza size at dinner, and it’s more than most people can eat so sharing is the way to go here.

Then there’s the space across from CVS once occupied by Mellow Mushroom and now taken by DaVinci’s. An excellent pizza, but, for me, it doesn’t replace Mellow Mushroom. Why? Well, at Mellow Mushroom my favorite pizza toppings are tofu and mushroom, not exactly a combination that most other pizza joints would offer. If Mellow Mushroom follows through on moving back to Decatur I’ll be the first in line. Adding to the list of what is to come is Ammazza, which is bringing its Neapolitan pizza to Decatur from its popular location in the Old Fourth Ward.

In all my years of writing about pizza, one thing I’ve learned is that one person’s favorite may be another person’s worst and vice versa. Pizza tends to be fairly contentious topic. Just look at the many years of arguments between New York and Chicago partisans about who has the better pizza.

However, based on the thousands of pizza slices I’ve ingested throughout the nation and in every foreign country I’ve visited over the years, there’s a lot of really good pizza in Decatur these days, some better than others, but certainly enough to please this pizza lover.