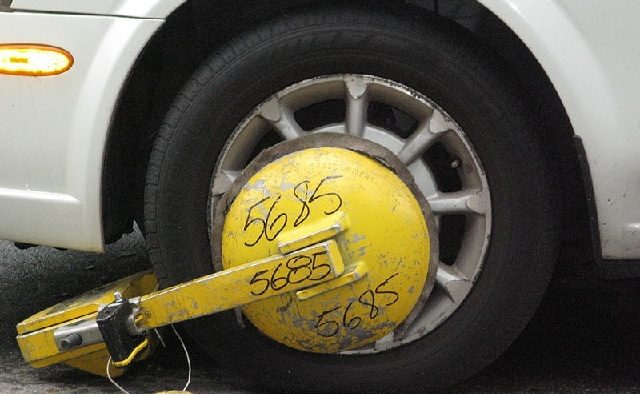 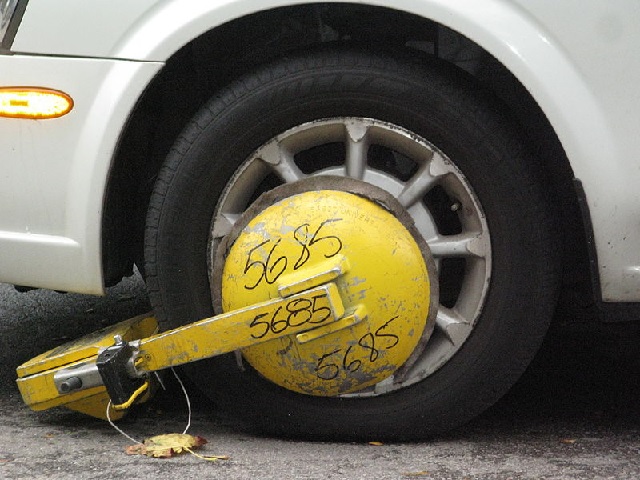 The Decatur City Commission was considering capping booting fees in the city at $40.

But a potential victim of the stricter restrictions on booting stepped forward at the March 21 City Commission meeting.

Representatives of Castle Parking Solutions spoke during the meeting and said the lower fees would make it difficult for them to make a money on their enforcement contracts. The representatives declined to identify themselves to Decaturish, stating that they have received threats. To be sure, the practice generates an enormous volume of complaints from people who are upset about having to pay almost $100 to have a boot removed from their vehicle.

The company representative said people parking in private lots and visiting places that are offsite has been a problem for tenants that depend on their customers using those lots. The representative from Castle recounted a story about a store manager who left CVS at lunch to make a deposit. The store manager spent 30 minutes trying to find a parking spot due to the number of people using it and shopping offsite.

The ordinance’s current provision that, “An attendant shall remain on-site at the parking facility, lot or area at all times when mechanical locking devices are in use and affixed to a vehicle” is also a problem, the company representative said.

“We would not be able to help the clients continue to function at $40,” the representative from Castle said.

Commissioners tossed around some numbers about what might be a better cap, like $75. But City Manager Peggy Merriss cautioned against making the changes on the fly. She asked the commission to let the staff take another stab at crafting an ordinance that balances the needs of the temporarily immobilized public with the need of parking enforcement companies to make money.

“I think it’s really bad to be making legislation from the table,” she said.

Some City Commissioners, business owners themselves, were sympathetic to the parking company’s concerns. Commissioner Fred Boykin said he had to step up enforcement outside of his business, Bicycle South.

Commissioner Scott Drake said, “I don’t want to put any more burden on the property owner.”

Merriss said that the city has dealt with some “predatory” booting practices.

Assistant City Manager Lyn Menne recalled one incident where the person parked their car, attempted to pay at the pay station with a credit card, but had to leave to get money from an ATM because the credit card machine was broken. When the person returned, they found an enforcer had slapped a boot on the car and was willing to remove it for a hefty fee. The parking enforcer was carrying a working credit card machine, just in case the person who got the boot didn’t have cash on them.

Mayor Patti Garrett said she’s received numerous calls and emails over the booting issue. Some people threaten never to do business in downtown Decatur over it.

“We want them to come back,” she said.