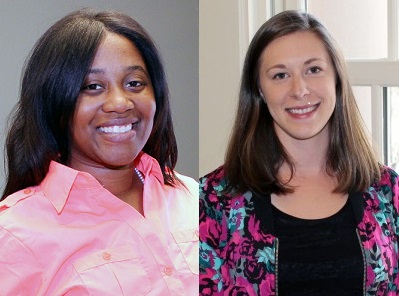 Frisch previously worked as transportation planner for the city of Roswell. She’s also originally from Decatur.

“Courtney, a Decatur resident and graduate of Decatur High School, received her Bachelor’s Degree in Appropriate Technology and a double minor in Sustainable Development and Urban and Regional Planning from Appalachian State University,” a press release from the city says. “Courtney also holds a Master of Science in Planning with a specialization in transportation planning from Florida State University. She was awarded the Florida State University and Florida’s Department of Transportation transit fellowship allowing her to intern at StarMetro, Tallahassee’s transit agency.”

Frisch said she looks forward to working in her hometown.

“There is something to be said for working for the community in which I was raised and am now raising my own family,” Frisch says in the press release. “I am so honored to be a part of the City of Decatur team and am passionately looking forward to continually improving the quality of life for both the residents and visitors of Decatur.”

The city says Frisch’s duties will include assisting the Planning and Historic Preservation commissions, reviewing subdivision plans, and commercial and multi family developments. She will also participate in the city’s Complete Streets Team.

Madison has nine years of experience “working with the citizens of Decatur and serving within the community” the press release says.

“I am dedicated to the city’s mission to work with the citizens to meet the needs of the community while serving with respect and integrity,” Madison said in the press release.  “I believe it is important to build relationships and keep a constant line of communication open in order to carry out this mission.”