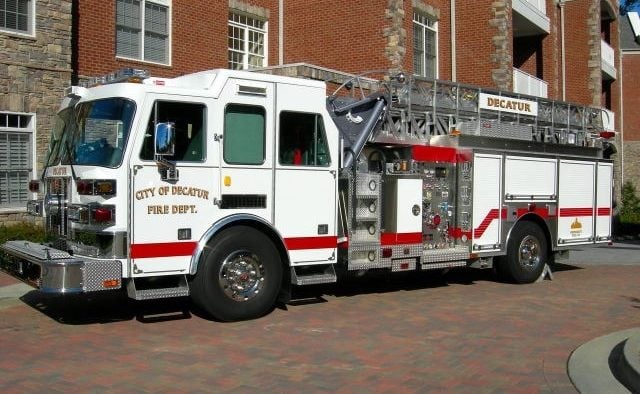 A couple of readers alerted us to a fire that occurred Sunday evening outside of the Bank of America building in Decatur.

“Police and Fire Personnel responded to a brush fire at 163 Clairemont Avenue last night around 7:45 p.m.,” Decatur Police Lt. Jennifer Ross said. “A male that was in the area was briefly detained and released.”

“Luckily it seemed Decatur Police and Fire department were able to respond quickly enough to put out the fire before it caused major damage to the building,” Dragulescu said via email. “The only damage that appeared to have been done was small fire damage to the building side and a broken window.”

Dragulescu took this photo with his cell phone Sunday evening: 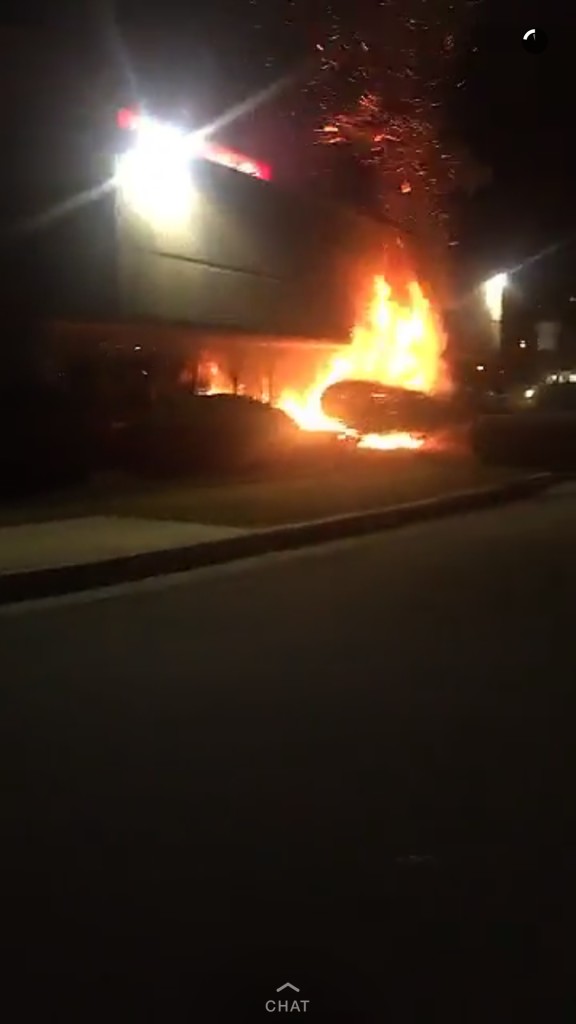