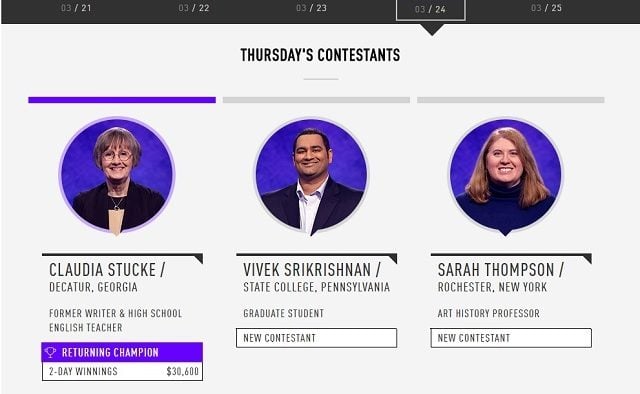 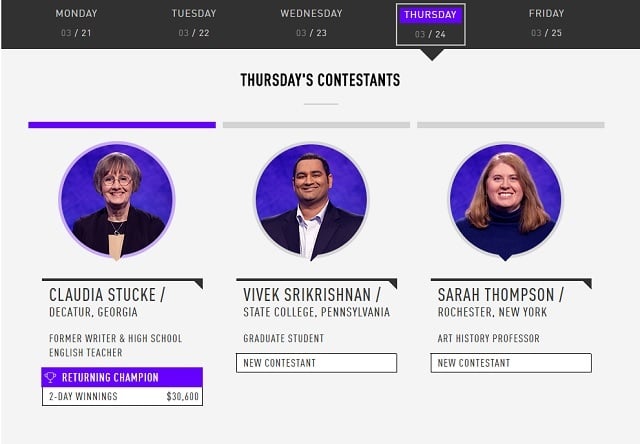 Claudia Stucke is on a roll.

Stucke, a retired journalist and teacher, told Decaturish the show was on her “bucket list.” Stucke said she knows “a lot of random facts.”

Stucke said she took the online test four times before she was called in for an interview.

She said knowing the answers is half the battle. The trick is to beat other contestants to the buzzer. “I don’t remember much of it because while you’re there you’re so focused on reading the board, listening to the questions and trying to answer them before anybody else does and that was hard.”

Stucke was the second Decatur contestant to appear on Jeopardy this week. Steve Stoffle, a leadership trainer, appeared on the show Monday after winning one round. He lost to Melissa Spencer of Des Moines, Iowa.