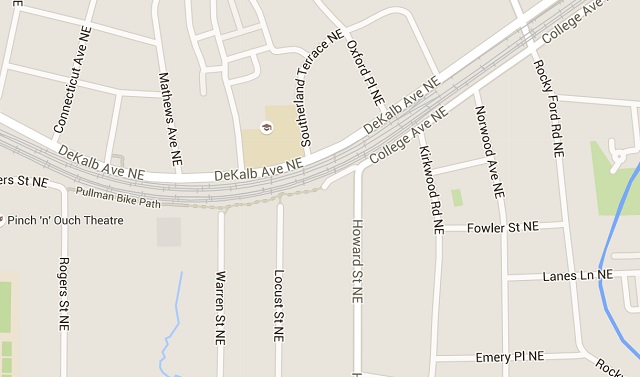 A local media outlet reported that pedestrian was hit by a vehicle at the intersection of Howard Street and College Avenue in Kirkwood, but the Atlanta Police Department has said that is not the case.

CBS Atlanta first reported the incident, but misidentified the location as Decatur. CBS said the victim was transported to the hospital. To read the CBS story, click here.

Kim Jones, a spokesperson with APD, said that information is incorrect.

“This was not an accident,” Jones said. “[A] person got into a fight with someone at 1989 Hosea Williams. Somehow they made it to Howard Street. Officers returned to the location, spoke with the victim and discovered they were not involved in any accident. We turned it over to the ambulance service.”