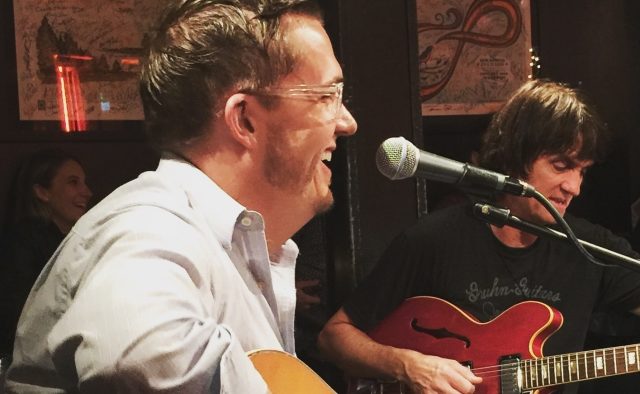 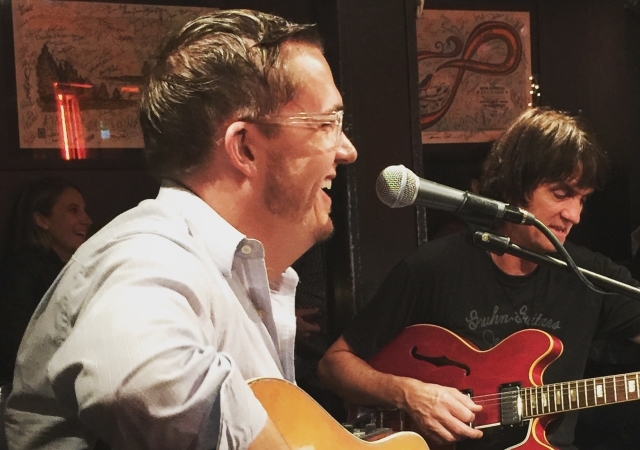 David Robert King is known around Decatur as a teacher, working in special education at Decatur High School.

But he’s also a singer/songwriter who has performed at venues including Nashville’s Bluebird Café, The Red Clay Theatre in Duluth, and Decatur’s Eddie’s Attic.

King will be performing at Avondale Towne Cinema on Saturday, May 7 to raise funds for another cause close to his heart. King is fundraising to finish an album to benefit Atlanta’s L’Arche Community.

“The Avondale Theatre show on May 7 … I see it as my Atlanta-area debut,” King said. “I haven’t played much around here.”

Three “core members” live with three assistants in a house. The L’Arche website says the first Atlanta home opened in 2012 on Mead Rd. in Decatur.

“I’ve always been involved in advocacy for children and adults with disabilities,” King said. “I’ve always kept  L’Arche in back of my head. I never was involved in the community because they didn’t exist where I was living. I moved to Atlanta and actually worked with L’Arche for a year. I moved on to teaching but have stayed very involved in the L’Arche mission and that community.”

King said funds from the May concert will go toward finishing his album of L’Arche-inspired songs. King said the album is nearly done, but he’s hoping to raise about $2,000 to complete it. He said sales of the completed record will go toward L’Arche Atlanta.

The L’Arche Atlanta website says the organization began in 1964 when L’Arche founder Jean Vanier invited two men with developmental disabilities to leave the state institution and live with him in his home in France. “He called the home ‘L’Arche,’ which is the French word for ‘The Ark,'” the website says. “This simple act of hospitality transformed Jean Vanier in ways he had not expected – his gesture of ‘service’ led to a profound friendship and sense of community among the three men. Inspired by the beauty of this simple life together, others have gone on to begin L’Arche communities throughout the world.”

“I think artists are often drawn to causes or things they can get behind, and I’ve always been drawn to communities of people with diversability,” King said. “That’s such a vulnerable people group in our culture and places like L’Arche are really special places. You walk in the door and you realize the world should be a little bit more like this place. The L’Arche community has changed me for the better, and so the more I can make it famous in any way possible, the better the world is going to be. The more lives L’Arche touches, the better the world is going to be.”