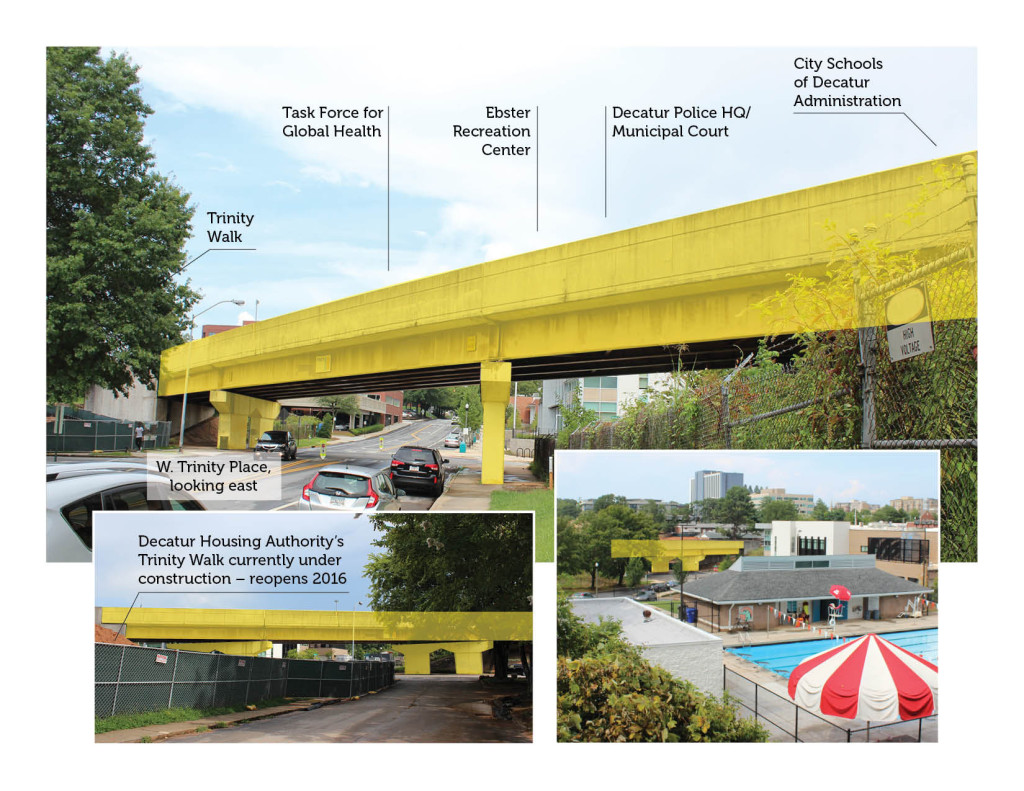 The Decatur Arts Alliance has selected an artist to paint a mural on the MARTA overpass at West Trinity and Atlanta Avenue.

The MILAGROS Collective, from Miami and New Orleans, consists of Felici Asteinza from San Pedro Sula, Honduras and Joey Fillastre, according to a press release.

“Felici and Joey have extensive mural experience including a Public Art Commission for the New Orleans Public Library; 2015 Murals in Greensboro, NC hosted by the Elsewhere museum and funded by ArtPlace America; an Art in Public Places mural on the Yates Parking Garage in Jacksonville, Fla., and more,” the press release says. “What set the MILAGROS Collective apart, though, according to Angie Macon, Director of the Decatur Arts Alliance, was their extensive community engagement experience in creating their murals and other pieces. According to Angie, they have a commitment to and an excitement for the community engagement process around their projects.”

The press release says the artists will soon meet with the community during engagement meetings in May. The mural is expected to be completed in the fall of 2016.