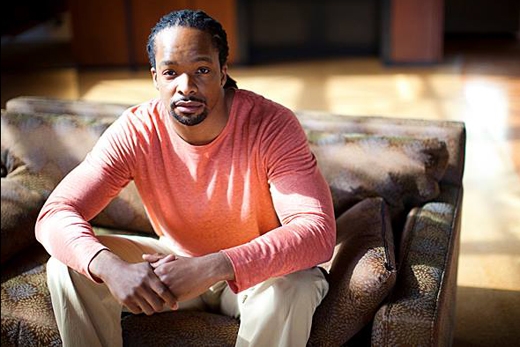 An Emory professor of English and creative writing has been awarded a prestigious Guggenheim Fellowship.

Poet Jericho Brown is one of 178 people in the U.S. and Canada awarded the fellowship, chosen from 3,000 applicants, according to the press release from Emory University.

“It means the world to me that there is some recognition from the outside world, to let Nathasha Tretheway and Walter Kalaidjian know they were right to bring me to Emory University,” Brown said in the press release. ““It’s always nice to know when I am writing a poem, the lights won’t go out on me.”

Tretheway is the former U.S. Poet Laureate and head of the school’s creative writing program. Kalaidjian is chair of the English department.

The John Simon Guggenheim Memorial Foundation said in a press release, “Since its establishment in 1925, the Foundation has granted more than $334 million in Fellowships to over 18,000 individuals, among whom are scores of Nobel laureates, Fields Medalists, Turing Award winners, poets laureate, members of the various national academies, winners of the Pulitzer Prize, and other important, internationally recognized honors.”

Foundation President Edward Hirsch said in a press release, “These artists and writers, scholars and scientists, represent the best of the best.”