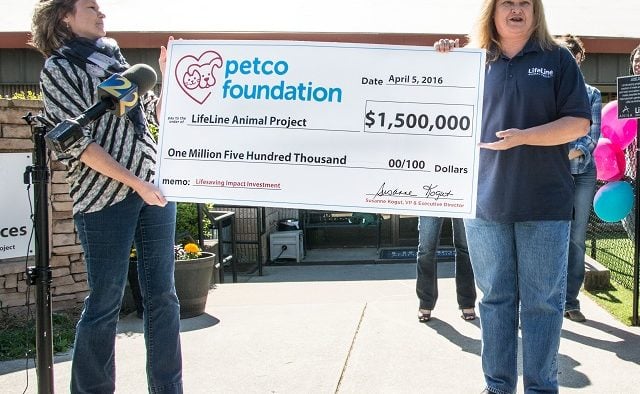 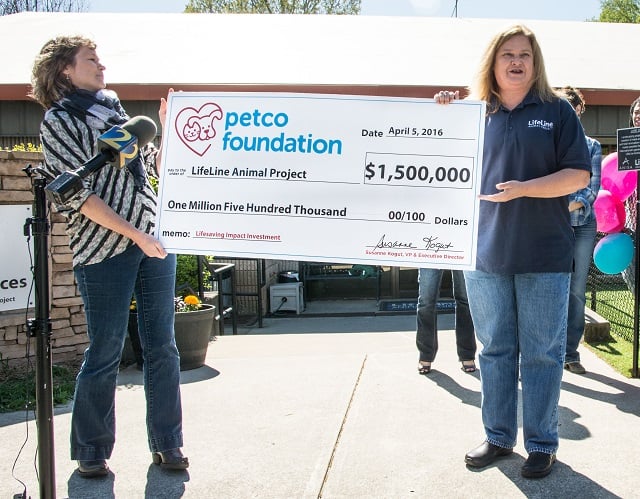 The Petco Foundation has given a $1.5 million grant to the LifeLine Animal Project.

“This significant investment represents the largest amount the Petco Foundation has ever provided to an animal welfare sheltering organization, and will allow LifeLine Animal Project to continue their important lifesaving efforts to achieve and sustain no-kill status for the Fulton and DeKalb counties,” a press release from LifeLine says.

The Petco Foundation is affiliated with the Petco retail stores.

“The Petco Foundation, an independent nonprofit organization, has invested more than $135 million since it was created in 1999 to help promote and improve the welfare of companion animals,” the press release says. “In conjunction with the Foundation, we work with and support thousands of local animal welfare groups across the country and, through in-store adoption events, help find homes for more than 400,000 animals every year.”

LifeLine was founded in 2002 and promotes alternatives to euthanizing animals. It manages Fulton County and DeKalb County animal services. It also manages a private rehabilitation shelter and two spay and neuter clinics.

“LifeLine cares for over 27,000 animals annually and has performed over 90,000 free and low-cost spay/neuter surgeries to date, including 30,000 stray/feral cats through Catlanta, metro Atlanta’s first and largest trap-neuter-return program,” the press release says.