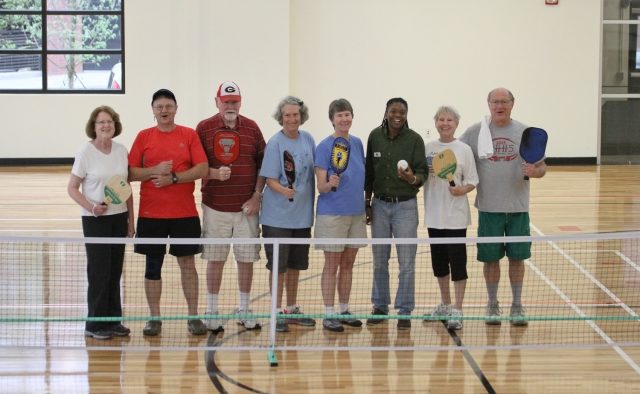 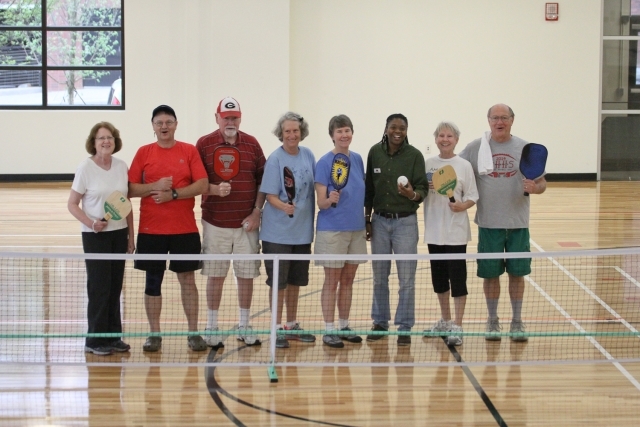 Pickleball, a sport that combines elements of badminton, tennis, and ping pong, is picking up fans in the city of Decatur.

Decatur Active Living Program Supervisor Portia Langley brought the sport to the city last year and said it has taken off. “It is gaining a lot of interest, not just here in Decatur, but throughout the state,” Langley said. “When I attend different conferences I see rec centers that are offering it. It’s definitely picking up some momentum, especially here in Decatur with our program.”

Langley said she played pickleball in college and when she started working with the city about a year and a half ago, she wanted to bring it to Decatur residents. She applied for and received a grant from the USA Pickleball Association which sent two free nets. Now residents can play for free at the Ebster Recreation Center Wednesdays from 2:30 p.m. until 7 p.m. It’s free for residents and costs $3 for non-residents.

“We have paddles, we have balls, and we play pickup games,” Langley said.

Langley said she’s seen a mix of ages interested in the game, but she said a lot of older adults have taken an interest. 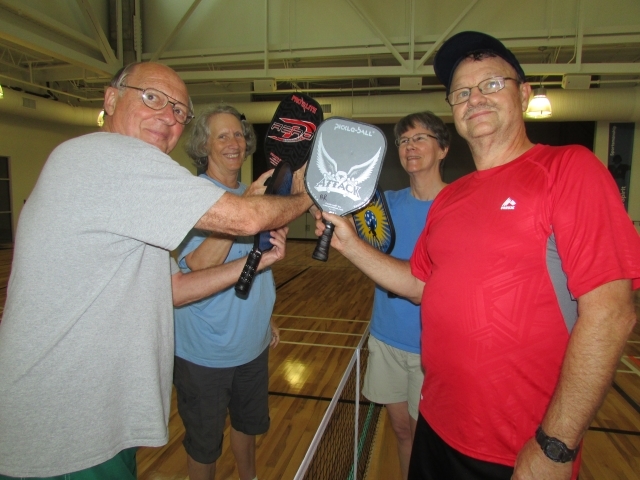 “It’s a great sport to get people active, especially for older adults who might not able to play tennis anymore because it’s so strenuous on your back and on your knees,” Langley said. “Pickleball is a smaller sized court. It’s a lot easier to play. Players are still able to be active and have a paddle and a ball. It’s kind of the same formation as tennis but with less impact on the body.”

According to the USA Pickleball Association, the sport just turned 50 years old. It was started by three dads trying to battle their kids’ boredom. One of the inventors had a family dog named Pickles who loved to chase the stray balls and hide them, and that’s believed to be the origin of the name, according to the association. However, an NBC report from 2014 said the name origin may have come from the sport of rowing “where a pickled boat has a mixed crew like pickleball is a mix of other sports.”

“It’s a lot of fun when you actually get out there and play,” Langley said.

You can see the basic rules and tips for new players on the USA Pickleball Association’s website. Or just drop by the Decatur Rec Center on Wednesdays from 2:30 p.m. until 7 p.m.