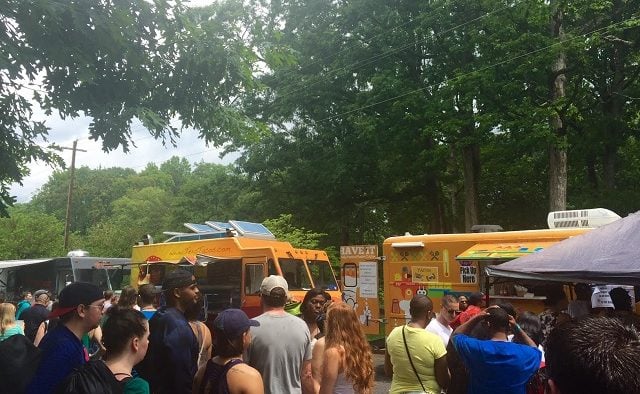 Long lines were a major complaint at the Atlanta Taco Festival, held on May 1. Photo provided by Lindsay Conklin
Share 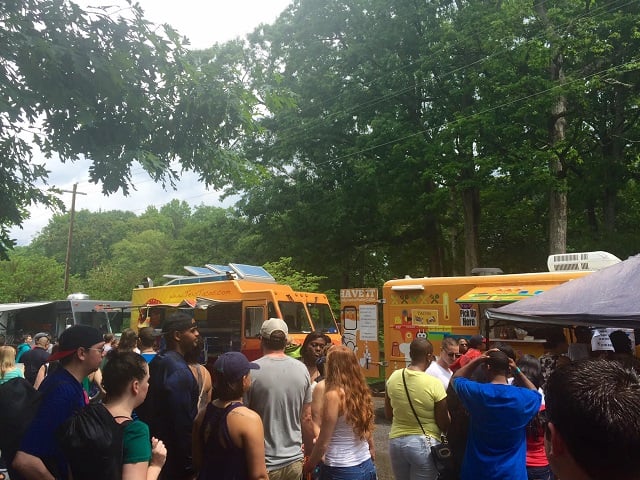 Long lines were a major complaint at the Atlanta Taco Festival, held on May 1. Photo provided by Lindsay Conklin

The organizer of the Atlanta Taco Festival will be meeting with city officials to discuss numerous complaints about the event.

Attendees complained about long lines and problems with the wristbands that were used to track purchases from the vendors. Some said their wristbands didn’t work at all, while others said that they gave up trying to get food after waiting in line for over an hour. The email from the Taco Festival said there were 14 food trucks and 23 restaurants.

Outrage about the event increased when the organizers deleted a Facebook event listing and took the event’s Facebook page down after a deluge of angry comments from people demanding their money back.

A city of Atlanta spokesperson confirmed to Decaturish that the city is aware of the the problems.

“The [Mayor’s] Office of Special Events is reviewing the online complaints and they plan on scheduling a meeting with the event organizer to go over concerns,” a spokesperson said.

The organizer, Alisha Nesbitt, has been the target of much of the outrage. People have shared her phone number and links to her Facebook profile and encouraged outraged taco lovers to contact her directly about a refund. In an interview Sunday, Nesbitt said refunds would be issued to people with “valid complaints.”

“We are aware of it and we are working with Freshtix to take care of everything starting tomorrow,” Nesbitt said. “For the people that have valid complaints, they can email [email protected]”

Initially some people were told they wouldn’t be receiving a refund, according to comments left on the All Tacos Matter Facebook page. That page was created for attendees to air their frustrations after event organizers deleted angry comments from the festival’s official Facebook pages.

The email sent to the angry attendee said, “We are issuing refunds to our guests on a case by case basis today but unfortunately no refunds can be given for long lines and wait time after wristbands have been redeemed and used. Again we apologize for the inconvenience.”

Later on Monday, May 2, Freshtix released a statement about the festival on its Twitter page saying the company is working with Nesbitt on a resolution.

“We apologize and are working with the Organizer of the #AtlantaTacoFestival to learn about their plan regarding yesterday’s festival,” the company said.

An email from the company to one attendee said the Atlanta Taco Festival is offering 50 percent refunds to dissatisfied customers.

“The Atlanta Taco Festival has given us the following instructions: If you paid the full amount through Freshtix ($27, $37 or $77) please send an email to [email protected] and they will issue you a 50 percent refund for the amount of the ticket/wristband price via PayPal,” the email from Freshtix says. “If you purchased a Groupon or Living Social voucher, please contact them directly for refund information.”

Nesbitt has organized other events in the city before, including the Atlanta Seafood & Craft Beer Festival and Atlanta Street Food Festival. The city spokesperson said there have been no complaints regarding Nesbitt.

“We have not had an issue with her events in the past,” the spokesperson said.

Some attendees called on the city of Atlanta to refuse to grant Nesbitt a permit for any future events. It’s not clear that the city would have the authority to do that. The city’s spokesperson provided a section of the city code that shows the reasons the city can deny a permit. According to the code:

The chief of staff may deny a permit to an applicant who caused significant damage to city streets, sidewalks, parks, and/or other city real or personal property and, at the time of submitting an application for a new outdoor event, failed to adequately repair the damage or failed to pay a bill for restoration services in full, provided that the chief of staff or her/his designee mailed or delivered to the host a demand for such repair or restoration compensation within 60 days after the ending date of such previous outdoor event.

The chief of staff may deny an outdoor event permit if the outdoor event is being held for an unlawful purpose, and/or violates a federal, state, or local law or ordinance.