Avondale Estates says ‘no’ to grocery store, plans to develop green space instead

Avondale Estates says ‘no’ to grocery store, plans to develop green space instead 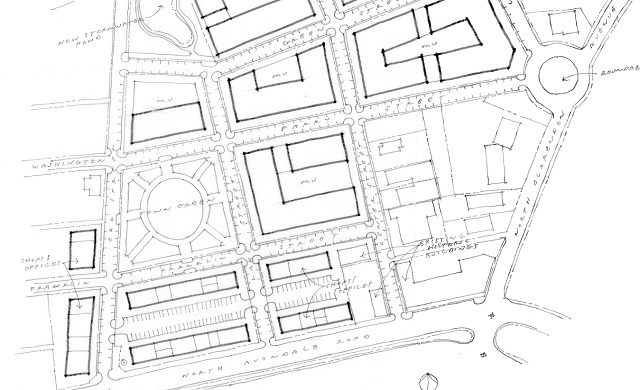 Discussions between the city and Avondale Estates and a developer about plans for four acres in the city’s downtown have reached an impasse.

The city owns four acres along North Avondale Road, purchased from a creditor in a bankruptcy case involving a previous development that failed. The developer filed for bankruptcy in 2010. Initially, the city planned to partner with Euramex to develop the site in conjunction with the Fenner Dunlop site, which Euramex purchased in 2014.

Plans for the development have been in the works since then. The developer has proposed 200 apartments and 80 town homes, .6 acres of green space and two 10,000 square foot retail spaces along North Avondale Road. According to Mayor Jonathan Elmore and City Commissioner Brian Fisher, Euramex proposed building a 46,000 square-foot grocery store on the four acres. The city said, “No thanks.” Instead, the city is exploring the possibility of turning some of that acreage into a town green.

“For us, a 46,000 square-foot grocery store is not pedestrian friendly,” Elmore said. “It’s a big foot print out of scale with the Tudor Village.”

It’s also not compliant with the city’s zoning, Elmore said.

Fisher, the city commissioner, said the city’s not opposed to a grocery store, but doesn’t want it in the city’s downtown.

The notion of a town green came up during the most recent city elections during a forum hosted by Second Century Avondale.

City Commissioners recently held a joint work session with the Downtown Development Authority to consider five different concepts that would incorporate a town green. All of the proposals can be viewed by clicking here.

Here’s one example from the presentation: 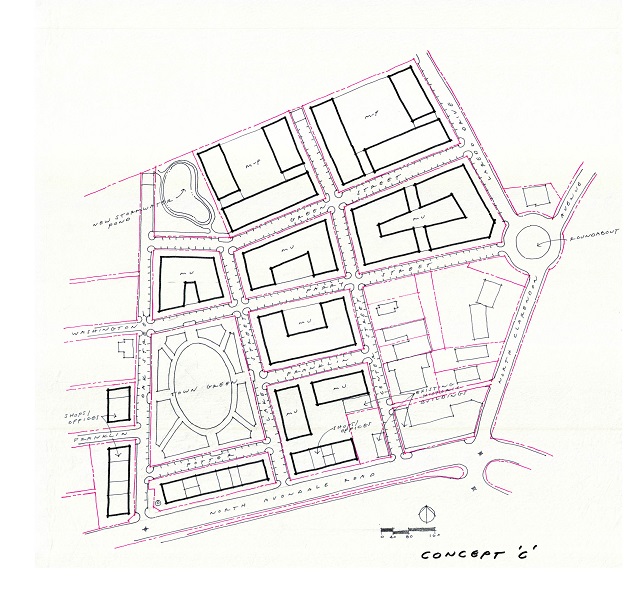 Elmore said the idea for a town green is still in the early stages. The City Commission hasn’t voted on it. He said the city would likely sell a portion of the acreage next to Skips Hot Dogs. The proceeds could be used to pay for the town green, he said.

Decaturish asked Elmore if he was concerned the city’s rejection of a grocery store would scare Euramex away.

“We do not want to chase Euramex away,” Elmore said. “In fact we went out of our way to make sure the schemes we presented did everything they wanted that make sense without the grocery store.”

He said the city needs more residents in its downtown to support local retailers.

“As it stands our community Avondale alone can’t support these businesses,” Elmore said. “We need people visiting. We need new residents. It’s part of responsible growth, which is my whole thing.”