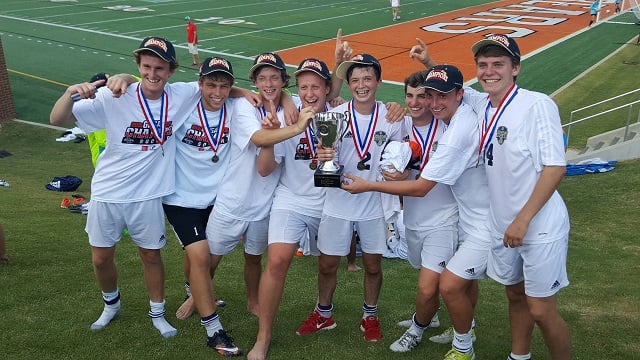 The game was played Thursday afternoon in Macon. There was initially some controversy surrounding the game because it was scheduled for 2:30 p.m., the same day five team members were taking their International Baccalaureate finals.

According to one parent who was there, keeper Theo Davis, who is a senior planning to attend to Emory University, arrived as the game was starting. He stayed behind at school to take the test. About 100 students were at the game with an excused absence.

Michael Harbin, father of boys’ coach David Harbin, called the victory a, “Culmination of hard-earned academic and athletic success. Five boys [were] put in a difficult position that they should not have had to face.”