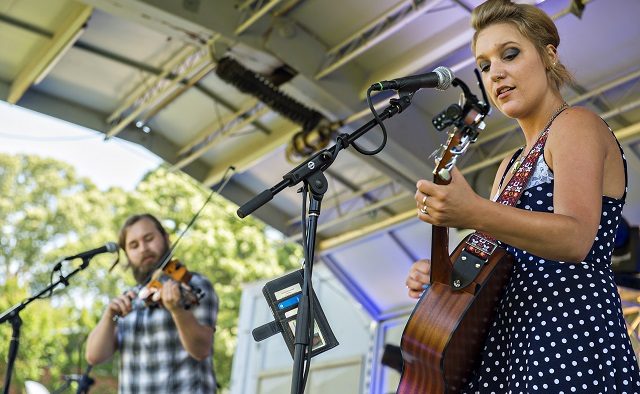 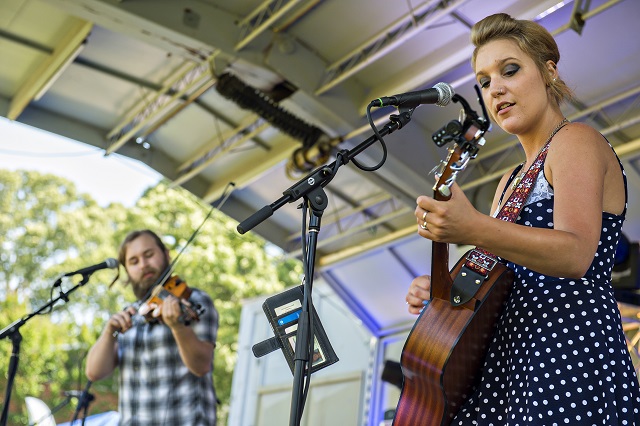 The annual Kirkwood Spring Fling returns for the 14th year on Saturday, May 14, and it will be a memorable one, organizers say.

The event is rain or shine. The forecast is sunny and humid, with a high of 87 degrees expected.

“We’re going a little bit bigger than what we’ve done in the past,” he said. “We’re looking at a 34 percent increase in signups over last year.”

Feury said the organizers have partnered with a new race coordinator and has implemented chip timing to deliver instantaneous race results. He noted that there are a number of 5k races held on any given weekend, so organizers are working to differentiate themselves from the competition.

“We’re focusing on the finish line experience,” he said.

The event will lead into the Spring Fling, which is starting earlier this year.

Cameron Purcell, who is heading up promotions and marketing for the Spring Fling event, said, “Our music lineup in particular is one for the books.”

The music schedule is as follows:

10:45 – 11:30 a.m. The Glumson Brothers will play their traditional bluegrass music inspired by Bill Monroe, the Stanley Brothers, and the Kentucky Colonels.

11:45 a.m. – 12:30 p.m.  CC Booker III featuring Will Scruggs is a SoulJazz tribute to the music of three great artists: Ray Charles, King Curtis, and Booker T and the MGs. In this dynamic project, the big, swinging sound of the tenor saxophone meets the super funk of the Hammond B3 organ for an exciting, soulful jazz experience.

1:00 – 1:45 p.m.  Secondhand Swagger was founded by Abby Wren and Scott Bryan in 2008, as a songwriting sojourn, and has grown to include Dane Skelton, Larry Thomas, Tiffany White and Rob Lane. Based in Atlanta, the band has a passion for vintage sounds and style, particularly soul music from the 1960s and 70’s.

2:15 – 3:00 p.m. Eugene IV, born and raised in southwest Atlanta, is a multi-talented vocalist, saxophonist, songwriter, and award-winning actor. As reflected throughout his debut solo project Starving Artist, Eugene IV’s sound has been described as conscious soul with doses of jazz & hip-hop.

4:45 – 5:30 p.m.  Cadillac Jones is a six-piece funk jazz ensemble that combines influences from 60s soul, 70s funk, and rock to form a style of music that is completely their own. They started here in Atlanta in 2001, and are now touring behind their fifth studio album, Cabin Fever. The band still proudly wears its influences of Herbie, James, and Quincy.

6:00 – 6:45 p.m. Small Reactions is based in East Atlanta and describes their own sound as “nerve pop.” Relying on the minimal instrumentation of guitar, bass, vintage organs, and drums, the quartet is equal parts new wave and post-punk, drone and surf.

7:15 – 8:00 p.m. Gringo Star are musical explorers, taking cues from diverse artists like Santo & Johnny, The Stooges, Ritchie Valens, Marc Bolan, Percy Faith, and Sam Cooke to create their own brand of echo-slathered, doo-wop-indebted indie gems, psychedelic garage bangers, gritty R&B shuffles and spaghetti-western weirdness. The band has toured relentlessly across the U.S. and Europe, building an underground following and sharing bills with everyone from Cat Power and Feist to The Black Angels and Weezer. They recently joined the Nevado Music roster, so expect to hear new music soon.

The Spring Fling is free to attend. The 5K race registration is $30 for adults, which includes a beer/sagria ticket, and $20 for kids 12 and under. Walk-up registration is $35. Tour of Homes tickets are $20. To register for these events, click here.

Purcell said the barbecue cookoff costs $5 for a fork and all-you-can eat barbecue.

There will be adult beverages of course, including Kirkwood’s famous sangria. The festival will feature three local beers: Sweetwater Goin’ Coastal, Second Self Thai Wheat and Terrapin RecreationAle.

The following food trucks have also confirmed their attendance: