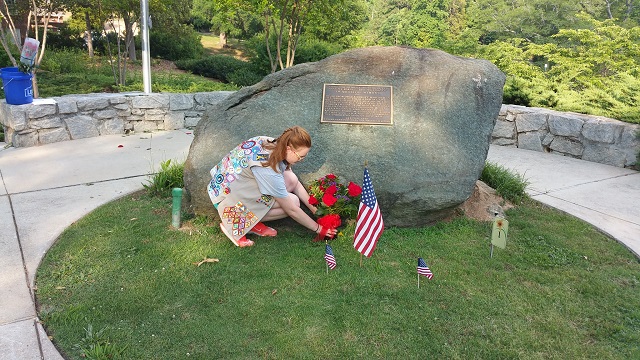 There were events throughout the weekend to mark the occasion, including placing flags on graves in the Decatur Cemetery and decorating the graves with flowers.

Billingsley sent in these photos from this weekend’s activities: 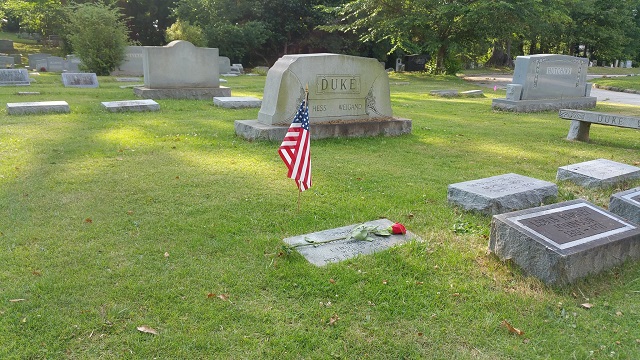 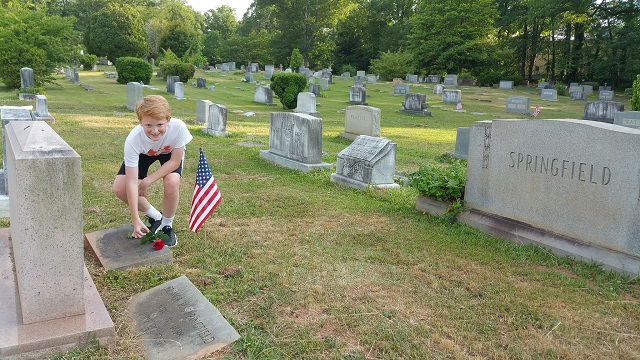 Jones Fowler, a relative of Springfield, also weighed in via email on the significance of the day.

Robert Springfield was my father’s aunt’s first husband. Early on in World World II he joined the Army Air Corps and was sent to Carlsbad, New Mexico for training to become an aircrew member on a B-24 Bomber. Unfortunately on a stormy night he and his training crew of 4 others were killed in a plane crash. Dad’s aunt Dot got remarried and never spoke a word about him ever again. Honestly I think his memory would have been lost forever had I not found a medal that was inconsistent with my grandfather’s service as a pilot. Given that medal, largely with the help of Chris last year I was able to dig up and string together the report attached. I am very happy that we have found out his story and amazed at the honor you all have shown him. I will certainly visit the grave the next time I’m in Atlanta.

Fowler provided the report he compiled about Springfield.