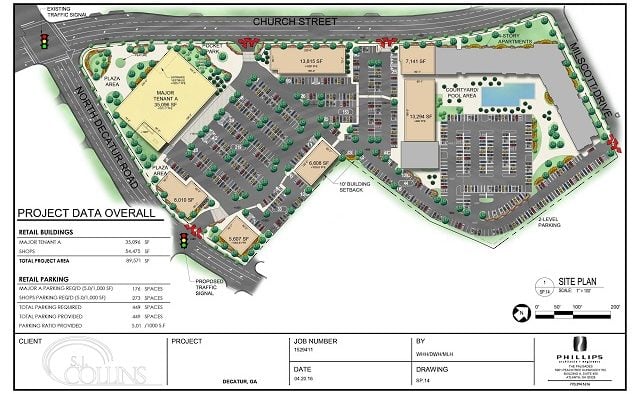 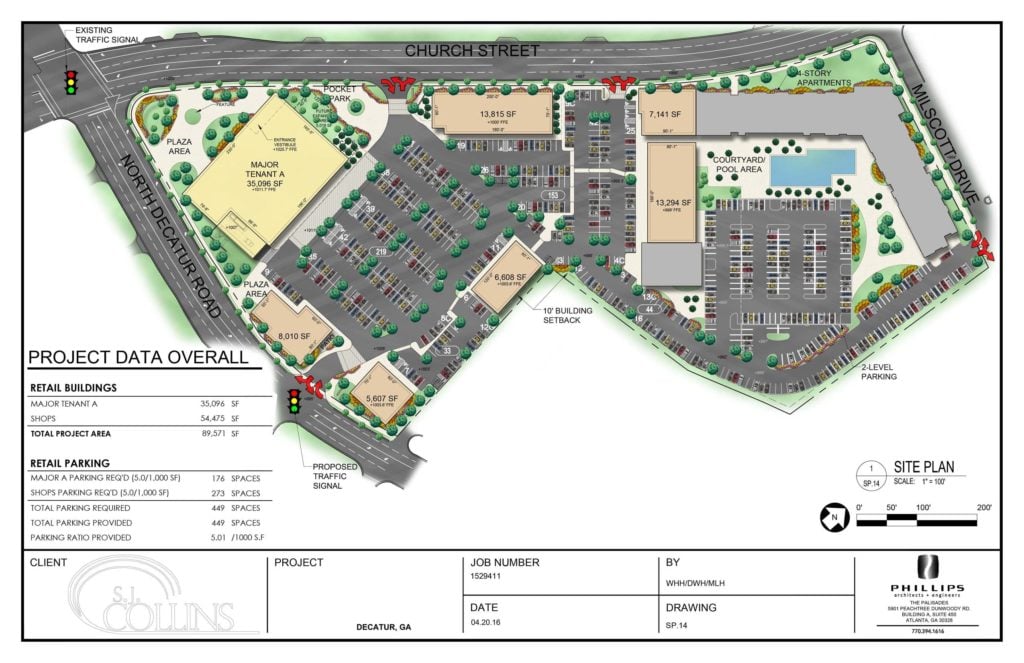 The developer behind the proposed North Decatur Square shopping center – which would include a 365 by Whole Foods Market grocery store – has scheduled a community input meeting on June 13.

It will be held  at North Decatur United Methodist Church, located at 1523 Church Street in Decatur, and will begin at 7 p.m. The developer, SJ Collins Enterprises, is submitting a rezoning and land use amendment application for the project. The development will be located just outside the Decatur city limits.

Deanne Thomas, President of the Decatur Heights Neighborhood Association, encouraged residents living near the proposed the development to attend the meeting. There will be an opportunity to voice concerns about the impact of the shopping center on nearby neighborhoods. The project will be located at the corner of North Decatur Road and Church Street. The average daily traffic counts when the project is completed will be 29,906 vehicles on North Decatur Road and 25,869 vehicles on church street, according to the developer.

North Decatur Square will have 90,000 square feet of commercial space, including the 365 store. There will be retail and restaurant tenants. The shopping center is expected to be open by Spring of 2018.

“While the prospect of new businesses is exciting, this intensive change also has consequences that must be dealt with early on,” Thomas said in an email to residents that she forwarded to Decaturish. “This past week, board members of the Decatur Heights Neighborhood Association and Sycamore Ridge and Sycamore Station Homeowners Associations met with the S.J. Collins development team. S.J. Collins’ presentation was followed by a lengthy discussion of two chief concerns: traffic impact and needed pedestrian improvements.”

The project will likely have an impact on the Church Street corridor and its intersections. Thomas said the most affected streets will be:

– Sycamore Drive where entering/exiting Church Street, which she says “is increasingly difficult to navigate for residents, as well as for emergency vehicles and visitors to DeKalb Medical.”

– Forkner Drive and Medlock Road (between Church Street and Scott Boulevard). She said, “There’s been a steady uptick in cut-through traffic over the past year” on the roads.

– Winn Way. She said this road is, “Heavily used and in dismal shape to handle more volume.”

She also said there could be more cut-through traffic on neighborhood streets.

“Although the developers were polite in listening to our concerns, the tricky politics of this project being located within the city’s proposed annexation map was cited as a factor for declining to contact City of Decatur as an affected adjacent government,” Thomas said. “While we’re hopeful the S.J. Collins team will see the upside of tackling the above listed traffic issues, the responsibility falls on residents and government officials to ensure it gets addressed.”

The annexation map is currently being revisited. Officials with the city of Decatur said during June 7 meeting that city is working with a “clean slate” when it comes to annexation and the old map is “effectively dead.”