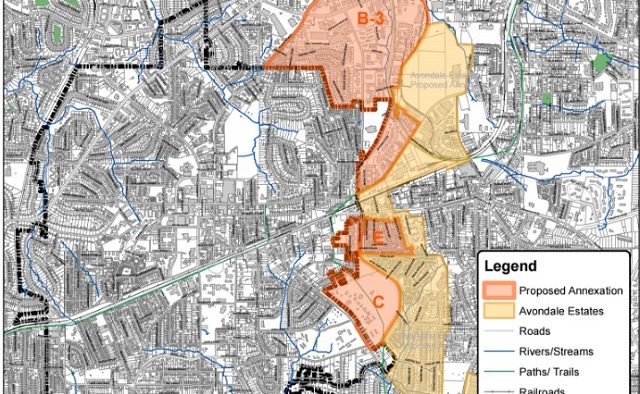 The City of Decatur and the Decatur School Board are planning a joint work session to discuss annexation of unincorporated areas of DeKalb County into the city.

The work session will be held on June 7 at 7 p.m. at City Schools of Decatur Central Office, located at 125 Electric Avenue. The meeting is open to the public.

City leaders decided that annexation was not its top priority in the 2016 legislative session after the city tried unsuccessfully to move an annexation bill through the Legislature in 2015. The bill included part of Decatur’s annexation map, with the notable exception of Suburban Plaza. The city said it would review its annexation plans again in anticipation of the 2017 session.

Annexation could be a boon or a burden to the city’s school system, depending on the city’s intentions. Previously, the city had signaled a desire to take tax revenue rich commercial property while leaving out the residential properties nearby, a plan that angered residents living near those properties. Adding more residences, however, would increase enrollment in a school system that is already struggling to provide enough classrooms to accommodate its surging enrollment.

To see the map attached to the 2015 annexation bill, click here.