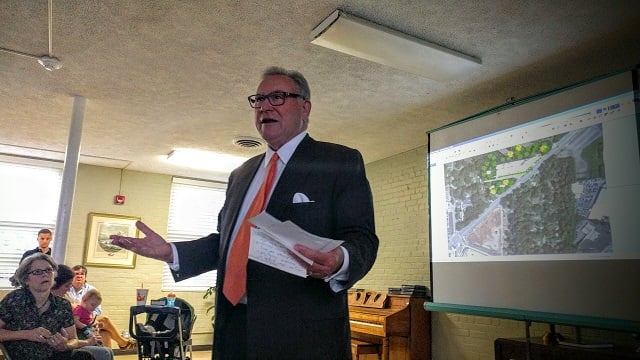 The Zoning Chair for the Medlock Area Neighborhood Association says a proposal to put a Residence Inn hotel on Scott Boulevard will not move forward.

The hotel would’ve been located at Blackmon Drive and Scott Boulevard and would have had about 134 rooms with 167 parking spaces.

MANA Zoning Chair Theresa Same said in a Facebook post that, “The attorney, the real estate agent and a Blackmon resident have all confirmed this news. The properties that front Scott Blvd are still being marketed – we should expect another, hopefully more compatible, proposal in the near future.”

A community meeting held about the project on June 1 did not go well. The meeting ended early after the attorney for the project, Doug Dillard, said during the meeting that it was obvious there was no community support for  the project. After the meeting, Danny Patel, CEO of PeachState Hospitality Inc., said he would have to think carefully about his next move. Attempts to reach Patel and Dillard were unsuccessful.

Same said the community’s attendance at the June 1 meeting made an impact.

“Sometimes just showing up makes all the difference,” she said.