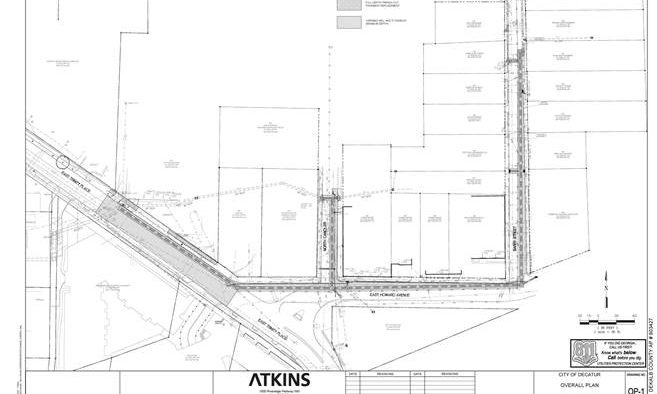 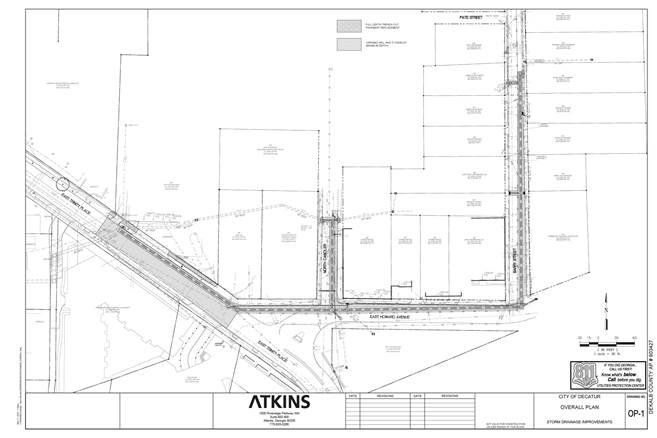 The city of Decatur is reporting that work on Phase 2 of storm drainage improvements begins Monday, June 20.

According to the city, “As part of its efforts to eliminate flooding in and near downtown Decatur, the City of Decatur is making storm drainage improvements on East Trinity Place, East Howard Avenue, Barry Street and North Candler Street. The project will start in front of Decatur Fire Station No. 1 and includes the replacement of undersized and deteriorated storm drainage facilities on East Trinity Place, Barry Street, North Candler Street and across private properties in the area.  All new storm drainage improvements will take place in City rights of way.”

It’s a project that’s been in the works for 40 years, the city says. It is intended to stop flooding of properties on Barry Street, North Candler Street and East Howard Avenue.

“It completes the major planned improvements to the upper Peavine section of the downtown Decatur drainage system and replaces some of the oldest storm drainage infrastructure in metro Atlanta,” the city says.

According to the city, the work will be completed in 300 foot sections. One lane will be closed in each section while the  work takes place.

“The work will start with location of utilities, saw cutting pavement and establishing a temporary construction office and storage area at 250 East Trinity Place,” the city says. “Except when crossing intersections, two-way traffic and pedestrian access will generally be open during the entire job. The work is expected to take 9 to 12 months.”