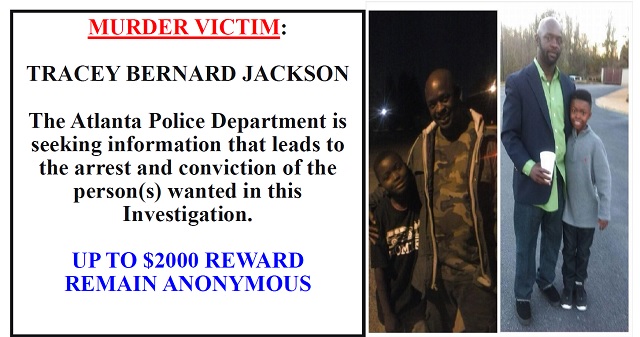 Jackson was shot and killed on May 2 while walking near 1078 Hillburn Drive Southeast in East Atlanta. That’s in Police Zone 6, which also includes Kirkwood.

“In speaking with residents of that community, Tracey Bernard Jackson was seen walking with a black male who had shoulder length dreadlocks and was wearing BDU camouflage pants or shorts,” the alert from Crime Stoppers says. “Moments after the shooting, a black in color hatchback or small sports utility vehicle was seen picking up the black male with shoulder length dreadlocks and driving away at a high rate of speed.”

Here is the flyer,  provided by Crime Stoppers: