Annexation meeting ends an hour early, no next steps announced

Annexation meeting ends an hour early, no next steps announced 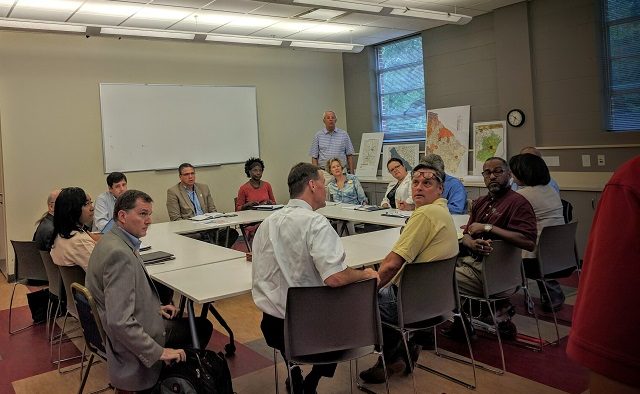 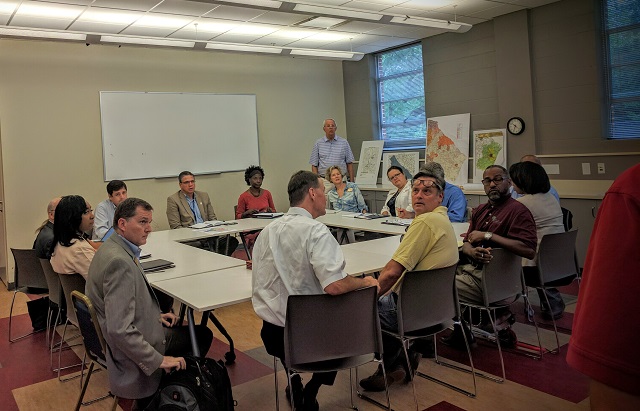 Representatives from several DeKalb County cities met in Decatur on Wednesday with the stated purpose of discussing annexation plans for about two hours.

The meeting ended an hour early after numerous members of the press, including a TV station, showed up to watch the proceedings. It mostly consisted of a presentation by Ted Baggett, associate director of the Carl Vinson Institute of Government at the University of Georgia, who talked about the annexation process. Specifically, he discussed how CVI determines whether an annexation plan is feasible, meaning the taxes the unincorporated area would generate would cover the city’s cost of providing services.

There was no announcement about what steps the cities would take after the July 27 meeting.

“Most of it will be between individual cities,” Bill Floyd, managing director of the DeKalb Municipal Association, told Decaturish after the meeting. “The main thing we wanted to do here today is just get everybody acclimated to what the situation was … So we don’t have a next step as a group. The next step will involve individual cities beginning discussions.”

There was no discussion about how to do that, and no mention of what areas might be annexed. Floyd said the old annexation maps the cities had previously considered are no longer relevant.

“Everybody is starting over from scratch whether you want to or not, so we are here today to make sure everybody knows who the players are in the room,” Floyd said.

The only map that was considered useful, for planning purposes, was the one displaying the current city boundaries, Floyd told the group. 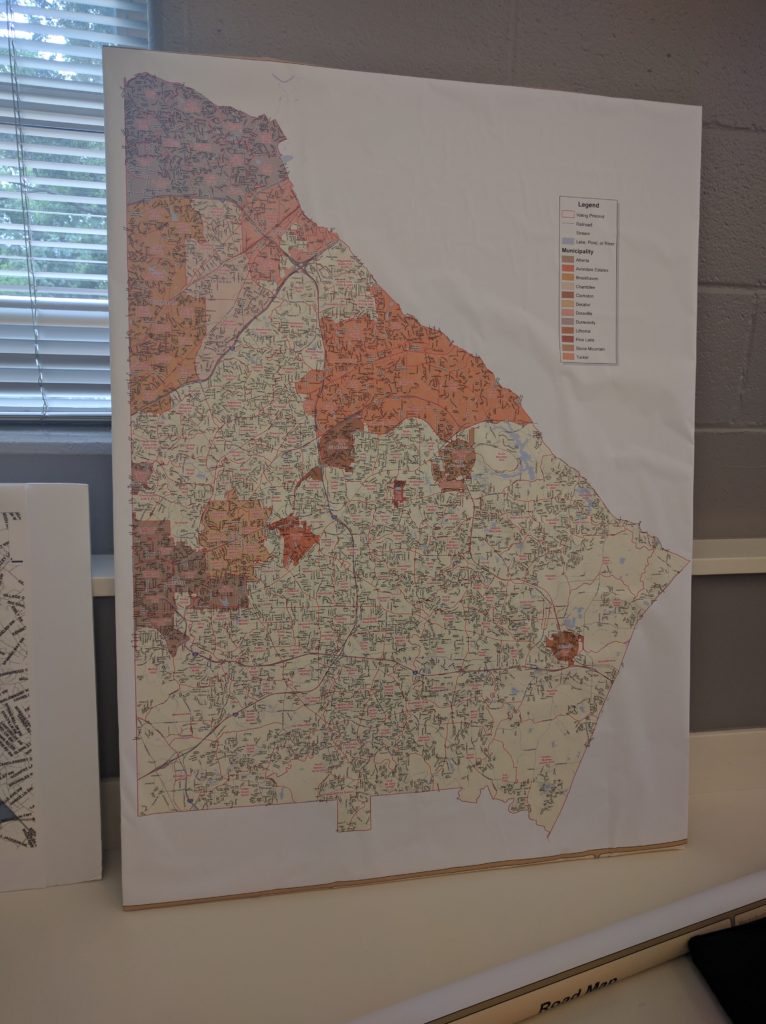 This map shows the current city boundaries in DeKalb County. Click to enlarge.

But wasn’t the point of the meeting to discuss how to coordinate plans ahead of the 2017 session?

“Well, it is in the long run, but a lot of things have to happen before there is a next step for us,” Floyd said. “There’s no point in us having another meeting until some of these communities decide what they’re going to do. Something like that may not even involve another meeting. We may end up with three or four cities with annexation plans and we can do that over the phone. They have their meetings. They have to formally adopt any kind of annexation plan before the Legislature will even consider it, and there may be two or three that are going to do annexation without the Legislature. There’s not a next step for us. We’re not a group that instigates stuff. We’re not here to instigate annexation. We’re here to assist cities that want to do it.”

There were two notable absences at the meeting. There was no representation from the city of Brookhaven or the city of Atlanta, both of which have pursued their own annexation agendas in DeKalb County. Notably, Atlanta had considered annexing the Druid Hills area, including Emory University.

Floyd said Atlanta’s not a member of the DeKalb Municipal Association, but Brookhaven is and was invited.

“Both of those really don’t border anything,” Floyd said. “I don’t know anything about what Brookhaven’s plans are. The only annexation they’re planning would be down toward Emory and that doesn’t involve another city. I would quite likely never hear about it until it’s done.”

Floyd added that DMA is “not a deciding group” and is not subject to the Open Meetings Act, even though the DMA did invite the public to attend Wednesday’s meeting. Members of the audience were not allowed to give input or ask questions during the meeting, however.

It’s unclear where the city of Decatur’s annexation plans stand at this moment or who is leading those discussions.

City Manager Peggy Merriss said, “We don’t have any map at all.”

Is the city in the process of coming up with one?

Mayor Patti Garrett added, “We haven’t had a follow up meeting with the schools, and so until we do that, we can’t really.”

Did the mayor or city manager get anything out of the July 27 meeting? It covered a lot of familiar territory regarding the process of annexation.

“There may be some people here that haven’t done this before, but I think it’s helpful to know what the Vinson Institute might can do,” Garrett said.

Does the city have a time frame for getting its map together?

“The fall I would say,” Garrett said.

“It just depends on cooperating with the school board … The answer may be at the end of the year there will be no annexation. Those decisions just haven’t been made,” Merriss said. “They won’t be made until the Board of Education and the City Commission can agree.”

So who’s driving the train here, the city or the School Board?

Merriss and Garrett did not know when the next meeting between the City Commission and School Board will be held.

Garrett said when it is scheduled, the city will let the public know.

DeKalb Strong President Marjorie Snook attended the meeting and said she thought there would be more substance to it.

“I expected there to be a little bit more of an actual plan in place,” she said. “I was surprised to the extent to which there don’t appear to be solid proposals on the table now.”